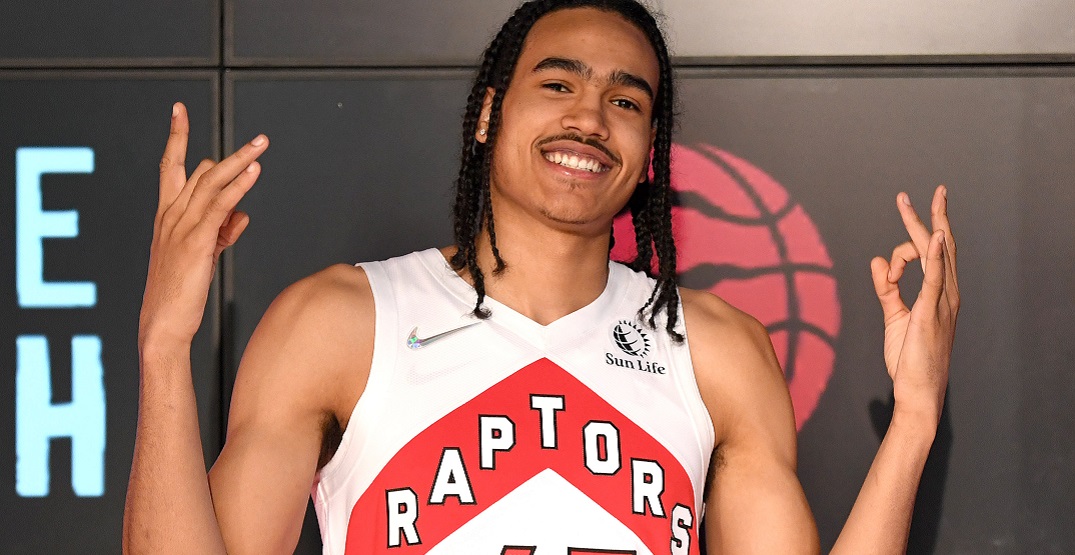 Being the first ever Toronto-born (and Canadian) draft pick for the Raptors, there’s a natural angle for the Rexdale native Banton to endear himself to the local fanbase.

Sure, he’s yet to play a real game for the franchise. And sure, there’s no guarantees that he’ll even be with the NBA club this year, as it’s expected that like most second round picks, he’ll spend plenty of time with Raptors 905 in the NBA G League.

But at his first press conference in Toronto on Wednesday, Banton said that he’s embracing the role of showing his new teammates around the city he grew up in.

“It’s a blessing,” Banton said about growing up in the city that he got drafted to. “I feel like just knowing the good [Toronto] food spots that are away from downtown. [I know] different spots, like little cultural restaurants that I know of, and I give these guys references to so they can go to them. Some of them went already and they love it.”

Being drafted 46th overall out of Nebraska, Banton picked his jersey number of 45 to honour the 45 Kipling bus he used to take while growing up in Toronto.

“Just being in my neighbourhood, playing outside is where I built up my dream of being an NBA player,” Banton said. “Being able to get drafted is a blessing, but to where you’re from is definitely two dreams coming true at once.”

Banton said he’s also had to make sure to tell his Toronto friends he’s keeping the focus on his career.

“I don’t have time to hang out and do all the other stuff that other people might want to do, Banton added. “But everybody understands the situation I’m in. The close people that I have around me, you know, they know that I’ve just been chilling, trying to just grind and, you know, focus on the future and what the future has to hold.”