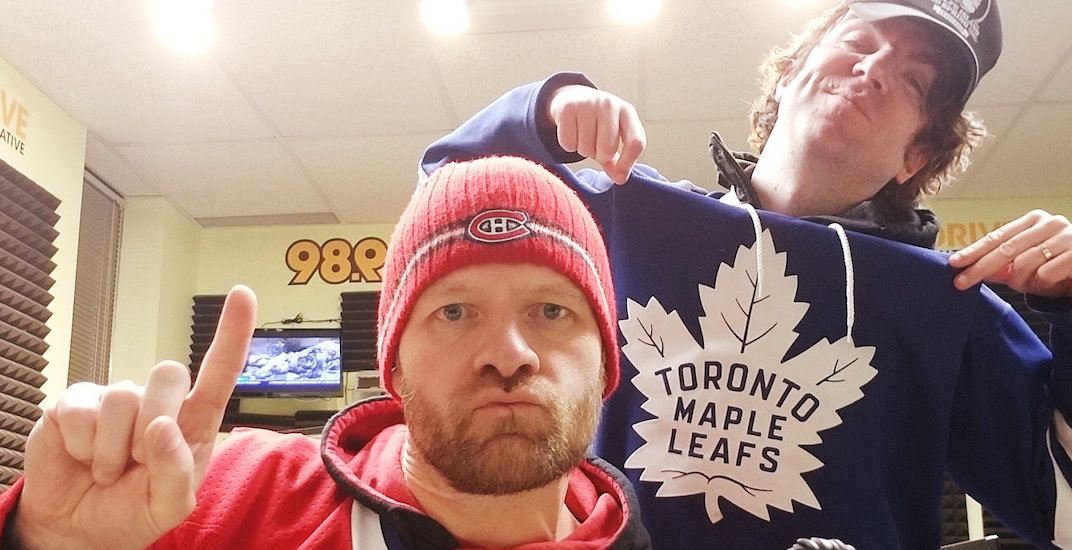 We’ve all made a regrettable bet before.

Though, I don’t think many of us have made one this regrettable.

Reid and Ben, hosts of a radio show on 98.9 The Drive in Kingston, made a high-stakes wager before this NHL season. Reid, a Montreal Canadiens fan, somehow thought his team would finish ahead of the Toronto Maple Leafs this season.

He would be right to make that wager in many years throughout history, but certainly not in 2017-18.

Ben, a Leafs fan, rightfully took him up on the bet.

On the line? A tattoo of the opposing team for whoever loses.

Well, it wasn’t even close.

The Leafs set a franchise record, earning 105 points, tying them for the sixth-most points in the NHL this year. Montreal, meanwhile, finished with 71 points – good enough for the fourth-worst record in the league.

Reid will be going through with the bet, getting a Maple Leafs logo live on the air on Wednesday, April 18.

REID and Ben: It's officially time for @rockinreid to make good on our Leafs/Habs tattoo bet. Wednesday, April 18th, will be on-air live from Ink Well Tattoos and Piercings for the big moment.

Check out the video for all the details! #ReidGetsLeafed #ygk pic.twitter.com/vafMs6D5aS