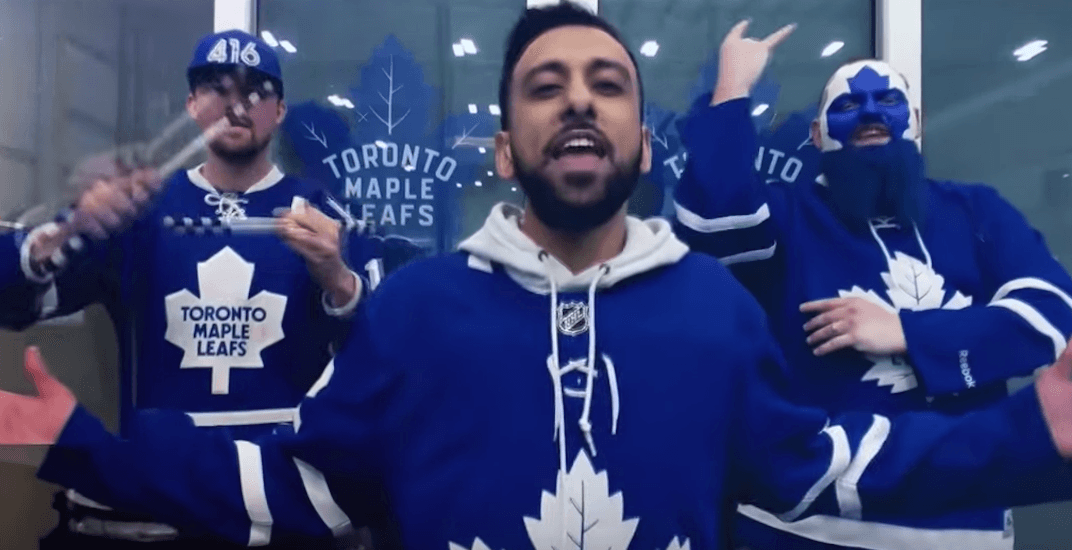 The regular season is over and the playoffs are around the corner for the Toronto Maple Leafs.

Up against the Boston Bruins, there’s no shortage of storylines heading into their first round series. Fans won’t need much help getting up for this one.

But in case you want a little extra pep in your step this week, Toronto-born producer and songwriter Azeem Haq’s got you covered.

It’s the second we’ve been treated to one of Haq’s Leafs-inspired songs, but it’s the first featuring the face-painted wonder that is Dart Guy.

The Leafs play Game 1 of their first round best-of-seven series Thursday in Boston.