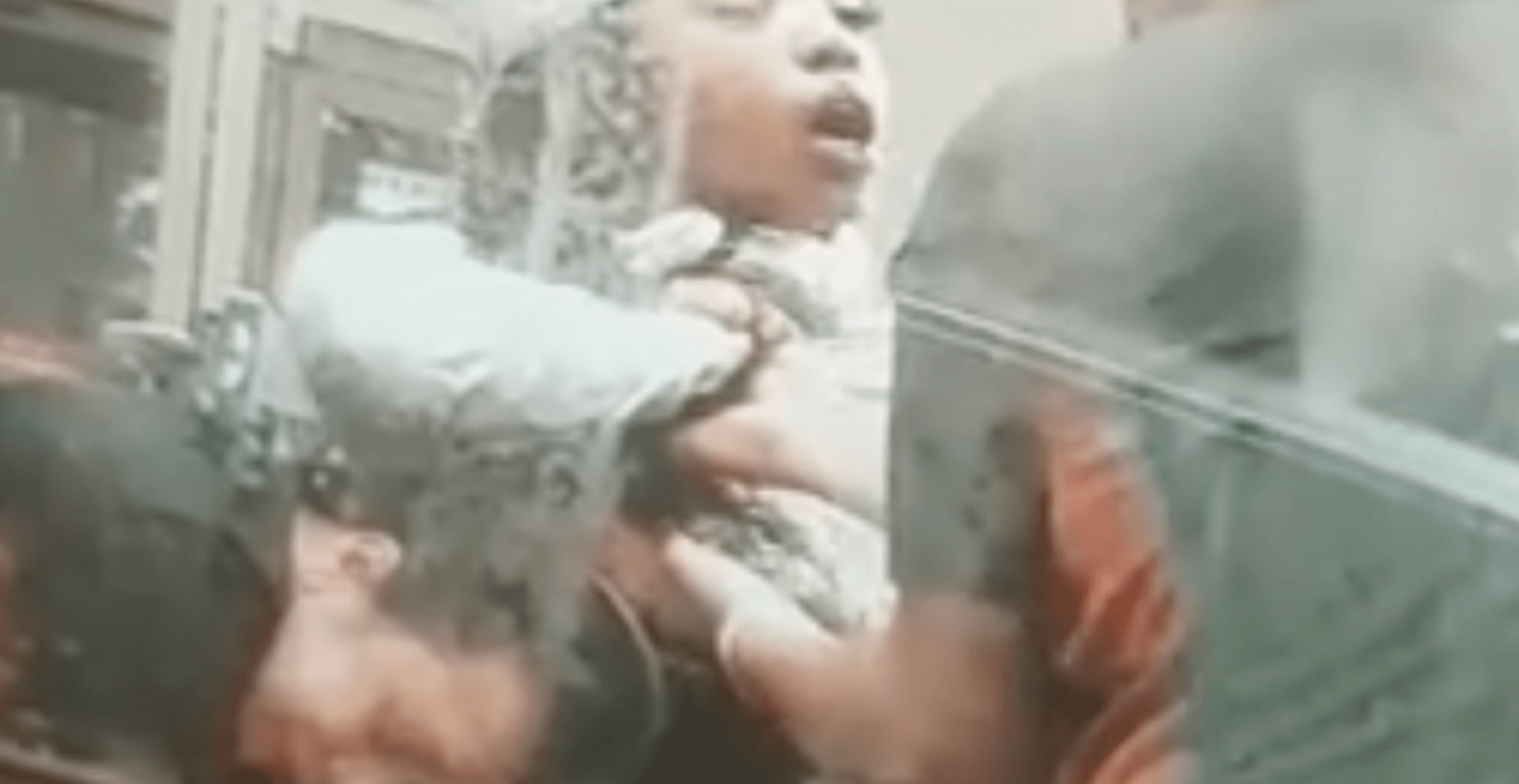 Peel Regional Police have arrested a woman who allegedly entered the after-hours drive-thru window of a Brampton Tim Hortons and assaulted two employees.

On Sunday, July 15, 2018, at approximately 2:58 am, police responded to the assault at the Tim Hortons in the area of Castlemore Road and Mcvean Drive in Brampton.

Police say the woman entered through the after-hours window and proceeded to assault two employees working at the time.

According to police, 21-year-old Leliqua Clarke was arrested on July 18. She was charged with two counts of assault and one count of break and enter with intent.

Video footage shows Clarke holding down the female employee and grabbing her hair while the male employee tries to pull her off.

Clarke will appear in the Ontario Court of Justice in the City of Brampton on July 19.

Anyone with information regarding this incident is asked to call investigators of the Criminal Investigation Bureau at (905) 453-2121, ext. 2133. Information may also be left anonymously by calling Peel Crime Stoppers at 1-800-222-TIPS (8477), or by visiting www.peelcrimestoppers.ca.