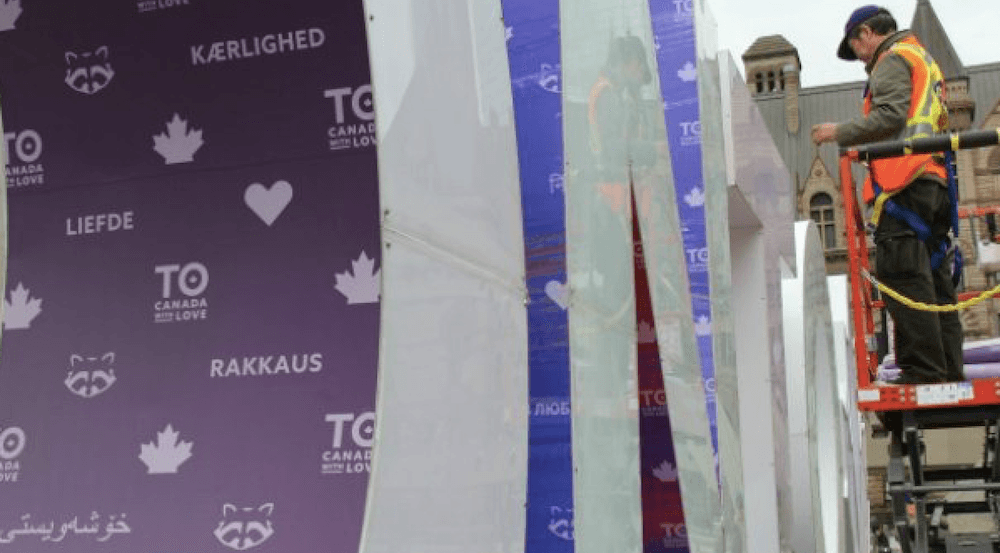 As reported last week, the sign at Nathan Phillips Square was off-limits as the City repaired the damaged wrapping. The famed symbol of the city got re-wrapped in a colourful manner, and in a very Toronto way.

The facelift included new wrap that featured everything that represents Toronto. From its multiculturalism (having the world ‘love’ in several languages), and Canada’s 150th anniversary, the sign is now covered in hearts and maple leaves.

But probably the best thing about the new wrap is the addition of the raccoons. That’s right, THE symbol of Toronto is officially on the landmark.

Because, what is Toronto without our beloved raccoons?

Check out the new wraps below.