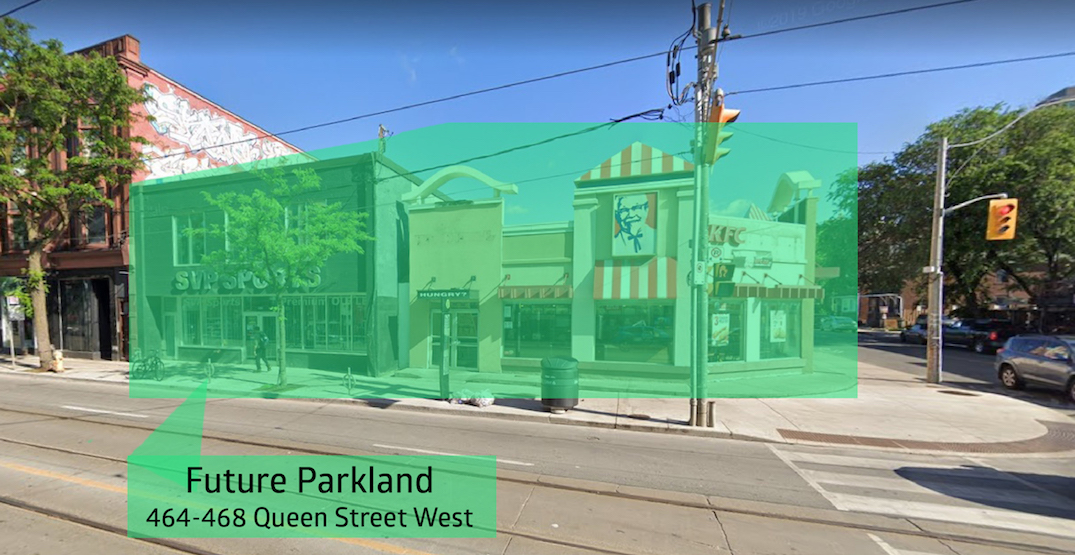 A corner of Queen Street West that’s home to a shuttered KFC and the long-standing SVP Sports sneaker store is about to be majorly revamped into a new Toronto park.

The plot of land at 464-468 Queen Street West has been purchased by the City who now plans to turn it into an 8,800-sq-ft park space. City Councillor Joe Cressy shared the news on social media, saying the proposed park will be discussed at next week’s Planning and Housing Committee.

The City has also bought the adjacent properties at 468 Queen St W and 464-466 Queen St West (formerly a KFC). The private properties are to be converted into a new, 8,800 square foot public park. pic.twitter.com/wCZtFoiu2a

SVP Sports could not be reached for comment at the time of publication.

Along with the park comes a proposal to turn the neighbouring lot at 15 Dennison Avenue, which is currently a parking lot, into an affordable rental housing development and cultural space.

According to a City Council committee report, the property could support a mid-sized development, but no specifics were given on the potential building height or number of units. No renderings or design plans are available as of yet, but the report recommends that the City find a non-profit partner to begin development on the properties. 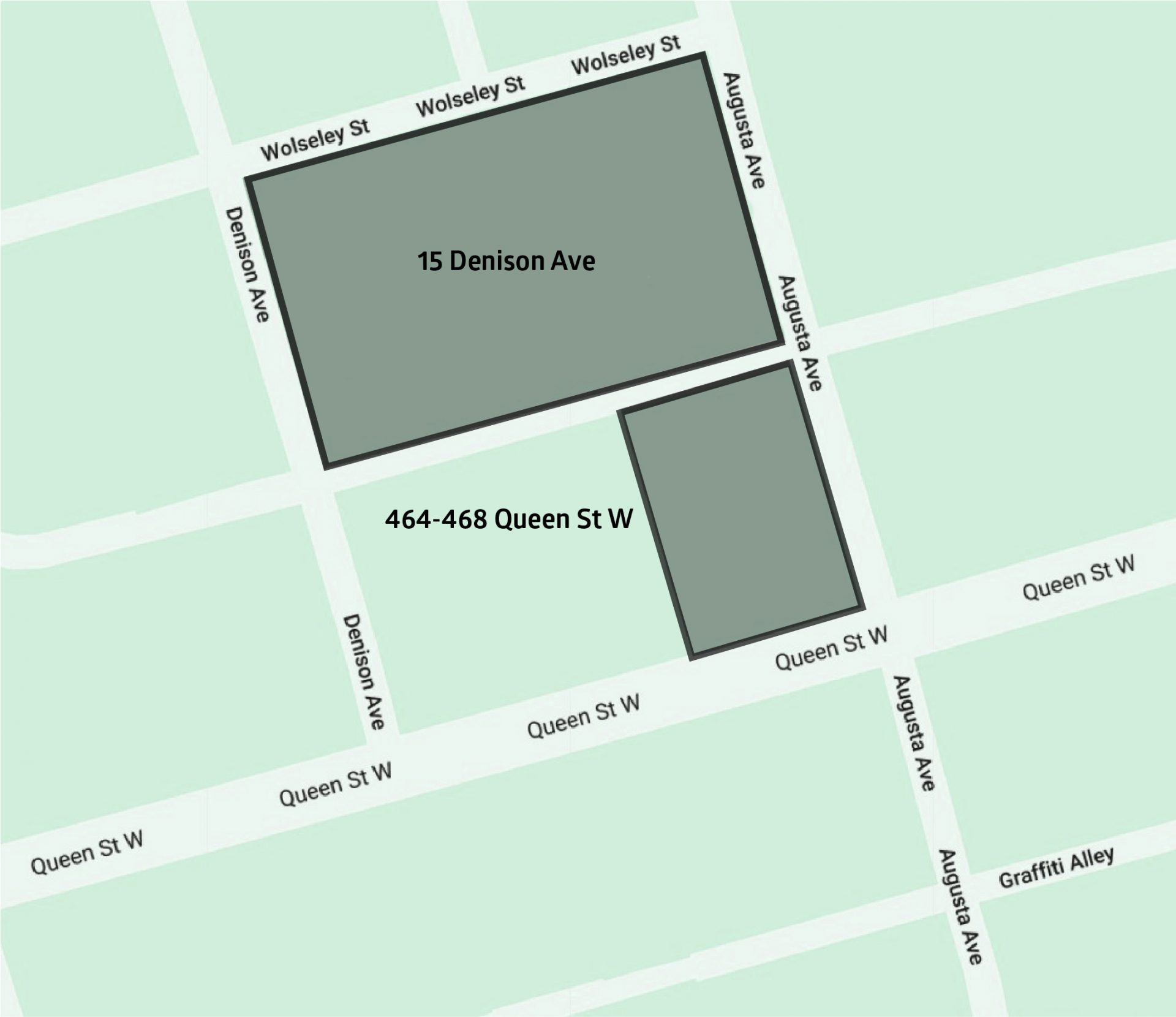 The report also recommends that the City evaluate other City-owned properties in the nearby vicinity that could be used for future building opportunities. The report requests that feedback be brought to City Council on both of these items in 2022.