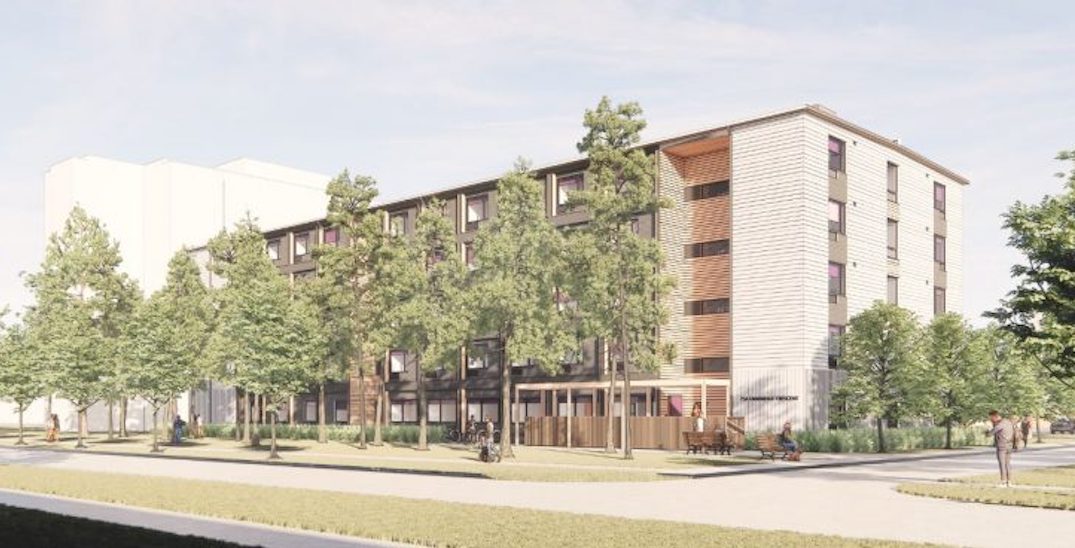 The City of Toronto is getting a new 113-unit affordable, modular housing development in The Elms neighbourhood of Etobicoke.

“This new project in Etobicoke is another example of the work we are doing to expand affordable housing in Toronto while focusing on much-needed support services for vulnerable residents in our city,” Tory said.

Each apartment will have its own bathroom and kitchen, and will come furnished with a twin bed, a lounge chair, a dining table and chairs, and a dresser. The five-storey building will also have shared laundry facilities, a commercial kitchen, a dining area, a communal area, and a programming space.

The city’s most vulnerable groups will be prioritized for these units, including women, Indigenous residents, Black and racialized people, seniors, people with disabilities, and other people experiencing or at risk of experiencing homelessness. 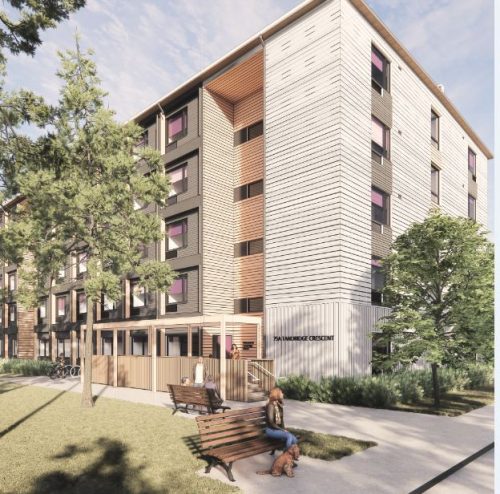 The $30.5 million in funding needed for this project comes through the federal government’s Rapid Housing Initiative — a $1 billion program to address affordable housing needs across the country.

“With their commitment through the Rapid Housing Initiative, we are able to move forward at unprecedented speed towards meeting our ambitious affordable housing goals,” Tory said. “With this funding, we can help more of our most vulnerable residents have access to stable, long-term housing.”

The property at 75 Tandridge Crescent is currently home to a public basketball court and playground, which the City says may be included in the new building’s design.

The first virtual community consultation will happen in just a few days, on May 18 at 7 pm. And the turnaround time on the entire project is relatively short, with residents expected to be able to move in by March 2022.