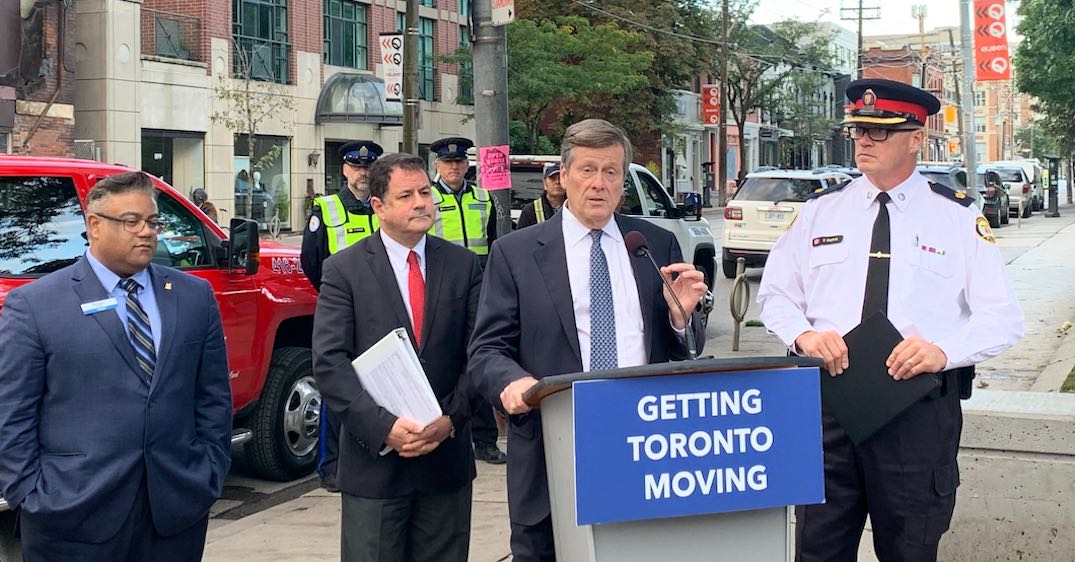 A new towing pilot is coming to one of the city’s busiest streets to curb traffic delays.

Mayor John Tory announced the Queen Street towing pilot project on Friday morning, which will kick off on Monday, October 7.

The pilot will run six to eight weeks during the afternoon rush hour and will take place between Fallingbrook Road (to the east) and Roncesvalles Avenue (to the west).

The city says it currently takes tow trucks up to 90-minutes to move illegally parked vehicles to police pounds outside of the city. The pilot is expected to shorten this time frame for tow trucks in addition to fewer delays along Queen Street.

Drivers of vehicles that are relocated/towed from Queen Street during the pilot period will receive a parking violation notice but the towing fee will be waived.

“The sooner we can get those vehicles moved, and get others on their way, the better. I look forward to seeing the results of this pilot and I’m confident it will help us in our ongoing efforts to combat congestion on Queen Street and on other busy routes in Toronto.”

If the pilot is successful, the city says staff and police would explore opportunities to run this program during morning and afternoon rush hour periods on other routes.