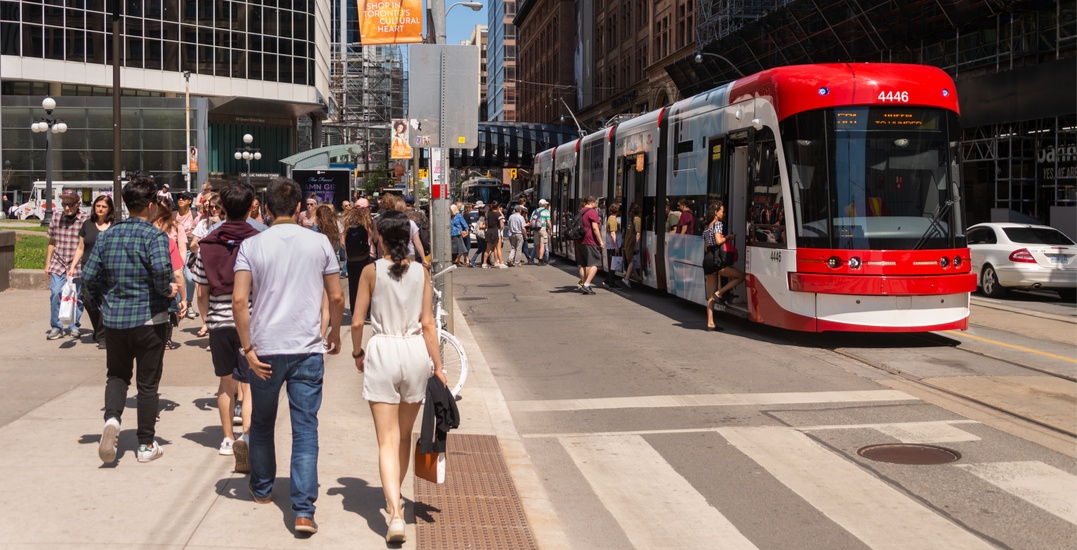 Toronto is expanding the eligibility of its Fair Pass Discount Program.

On Thursday, Mayor John Tory made the announcement alongside Councillor Anthony Perruzza, city council’s poverty reduction advocate. Together, they launched phase two of the Fair Pass Discount Program, which expands eligibility to low-income residents who are receiving a child care fee subsidy.

This phase will provide approximately 23,000 eligible residents, who receive a childcare fee subsidy and are living with a household income under the Low-Income Measure (LIM) plus 15%, with a 12-month discount on the regular Toronto Transit Commission (TTC) adult fare or adult monthly pass, according to the city.

“Our goal with the Fair Pass Discount Program was to make transit more affordable for low-income residents,” said Tory in a statement.

“With phase one, eligible residents who receive assistance through Ontario Works or the Ontario Disability Support Program were provided with the discount and now we’ve expanded the program to eligible parents who receive childcare fee subsidies.”

The mayor added that he was “proud to see the City of Toronto providing opportunities for residents in need.”

The discount will be programmed onto a PRESTO card, saving cardholders a third of the current fare, $1.05 on the adult fare for a single ride and $31.75 on the adult monthly pass. Funds must be loaded onto the PRESTO card to receive the discount.

The city said that eligible residents who are in receipt of childcare fee subsidies will be notified directly by Toronto Children’s Services.

The Fair Pass Discount Program is being rolled out in three phases and began in 2018. Subject to city council approval, the third phase will extend eligibility to all Toronto residents living with a household income under Low-Income Measure plus 15%.

Transit advocates TTC riders said this is not enough.

“Phase two of Fair Pass was supposed to include people receiving housing supports, but wasn’t funded,” said the group.

It said the final phase is for those earning approximately $29,000 for a single person, “but it’s not enough.”

Phase 2 of Fair Pass was supposed to include ppl receiving housing supports, but wasn’t funded. Final phase is for everyone earning low income measure +15% (approx. $29K for single person, more for families). But it’s not enough. Other cities offer much deeper transit discounts. pic.twitter.com/QyZWVMl1lI

“TTCriders and the Fair Fare Coalition surveyed people who receive OW and ODSP last fall about how the new discount was working for them. Many people we talked to weren’t using it because it’s too expensive, confusing to apply for, or they hadn’t heard about it,” they added.