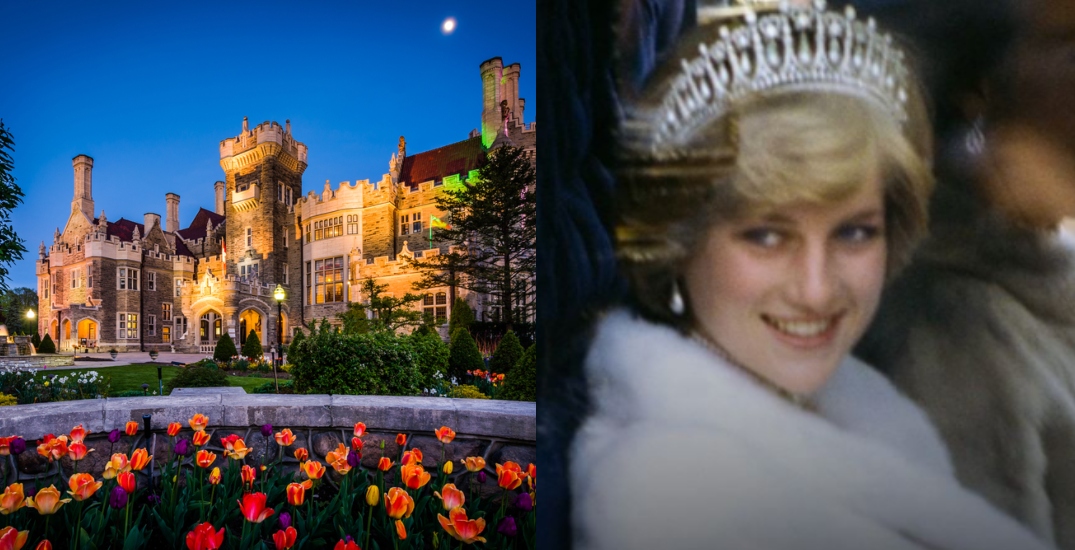 For the Canadian debut of the immersive Princess Diana exhibit, it’s perhaps fitting that it’s going to be set in a mansion fit for a princess.

Princess Diana Exhibition: Accredited Access will open on April 20 and will run until June 12 at Casa Loma. The exhibit, which was previously in Los Angeles and is currently on display in Chicago, will soon be making its way to Toronto.

The walk-through documentary of photography and art is narrated by Anwar Hussein, Diana’s royal photographer. During his career as a photojournalist, Hussein has covered a civil uprising and photographed music legends such as John Lennon, Bob Marley, and Elton John.

Collectively, Hussein and his sons Samir and Zak have spent four decades working with the royal family and they’ll reveal the touching moments they’ve witnessed both in public and private moments.

“Liberty Group is thrilled to be the first to host this stunning exhibit in Canada, showcasing the personal tales springing from the trusted relationship between Diana and Anwar Hussein, to shine a new light on one of the most photographed women in the world,” said Nick Di Donato, president and CEO, Liberty Entertainment Group.

The one-hour experience will include 50 untold stories, over 100 famous photographs, as well as six art installations. The exhibit celebrates Princess Diana’s journey as a mother, how she became an international style icon, and how the world fell in love with The People’s Princess.

You can purchase your ticket here. Guests can also opt for a VIP dinner package at BlueBlood Steakhouse.