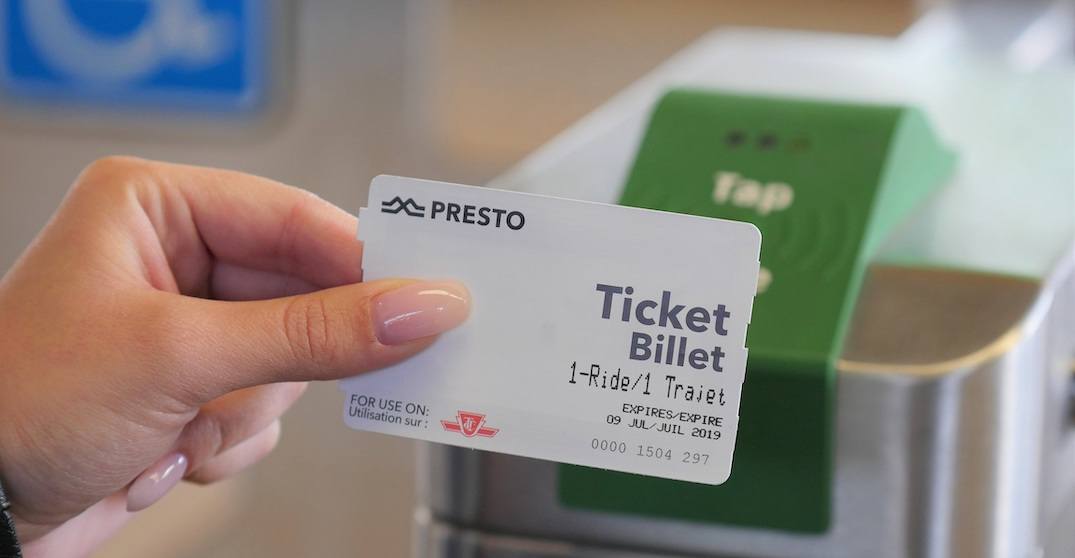 The TTC announced on Monday that single-use PRESTO tickets are now available at all subway stations.

According to the TTC, one-ride, two-ride, and day pass tickets began rolling out at two stations (Lawrence West and Yorkdale) back on April 5.

The PRESTO tickets are eligible for the two-hour transfer.

Just like the card, transit users must tap their PRESTO ticket when entering a subway station and boarding a bus or streetcar.

The TTC says a tapped PRESTO ticket is a customer’s Proof-of-Payment and they should carry it with them at all times when travelling on the TTC.

But unlike a PRESTO card, the tickets are not reloadable and expire 90 days after purchase.

While initially, as of August 3, 2019, the TTC had previously said that tokens would no longer be available for purchase in Toronto to encourage the purchase of PRESTO cards, and now tickets, this is no longer the case.

As of April, TTC’s Heather Brown confirmed to Daily Hive that “Tokens and tickets will be available for sale past August 3, 2019. The stop accepting date is still being reviewed as is a new stop selling date.”

So for now, tokens, as well as the new PRESTO tickets, are available for single rides. And of course, the ticket is eligible for the two-hour transfer.