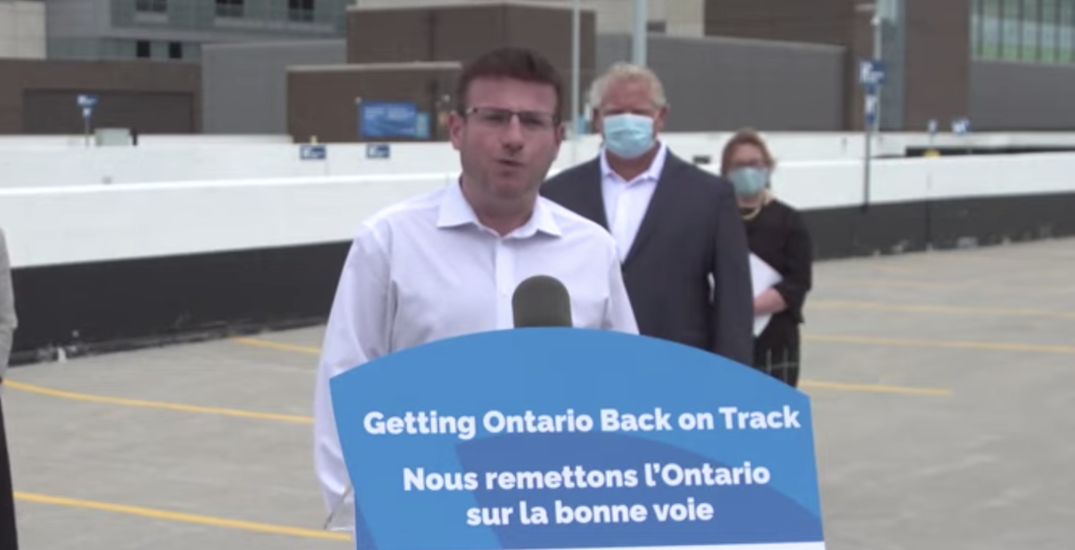 Baber shared the open letter on social media early Friday morning, stating that the lockdown is “deadlier than COVID” and that the “crisis is largely limited to Long Term Care homes.”

“The lockdown isn’t working. It’s causing an avalanche of suicides, overdoses, bankruptcies, divorces and it’s taking an immense toll on our children,” read the open letter.

Baber also stated that the virus is “not nearly as deadly as first thought,” and though the virus is real, the fear is exaggerated.

Shortly after, Ford issued a statement, calling the comments from Barber “irresponsible” and stating he will not be allowed to seek re-election as a PC member.

“Effective immediately, Mr. Baber will no longer be sitting as a member of the PC Caucus and will not be permitted to seek re-election as a PC member,” said Ford.

“Mr. Baber’s comments are irresponsible. By spreading misinformation he is undermining the tireless efforts of our frontline health care workers at this critical time, and he is putting people at risk. I will not jeopardize a single Ontarian’s life by ignoring public health advice.”

Baber responded to Ford’s removal stating that he does not regret “speaking out for millions of lives and livelihoods decimated by Public Health, I serve the public.”

I was removed from the @OntarioPCParty caucus. It’s a regretful decision since many colleagues agree with me, incl @fordnation in large part. I don’t regret speaking out for millions of lives & livelihoods decimated by Public Health, I serve the public. 1/2 #onpoli. pic.twitter.com/2qwJvTWHym

On Tuesday, Ontario projected daily cases are set to reach 10,000 at the current growth rate.

Ford reminded Ontarians that his main priority is their health and safety and that they must respect the advice and recommendations set by public health officials and the chief medical officer of health.

“There is no room for political ideology in our fight against COVID-19 – rather, our response has been and will always be driven by evidence and data,” said Ford.

“Furthermore, Mr. Baber has put himself ahead of his PC Caucus team, who have worked around the clock for months to support and protect the people of Ontario through this public health crisis.”