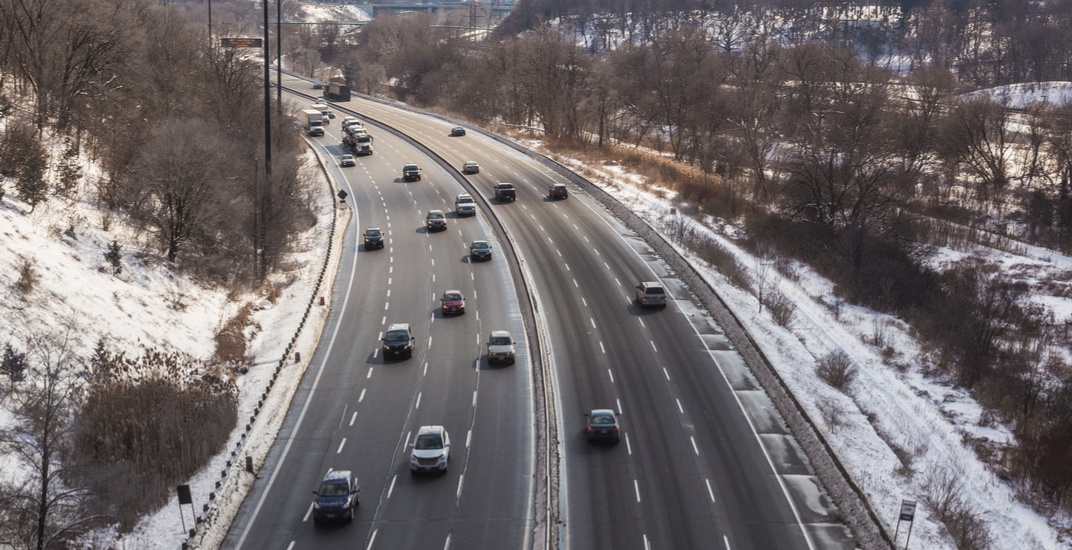 If one thing’s for certain, travelling around Toronto has been difficult lately thanks to the seemingly never-ending weather disruptions and TTC delays.

And while the weather is somewhat clear this morning, the northbound lanes on the DVP most certainly are not — because a massive pothole has already popped multiple tires.

According to Toronto Police, there is currently a large pothole in the northbound lane near the Bayview/Bloor off-ramp.

Police say there were eight vehicles on the shoulder with flat tires this morning.

City of Toronto transport crew workers are on scene to fix the road.