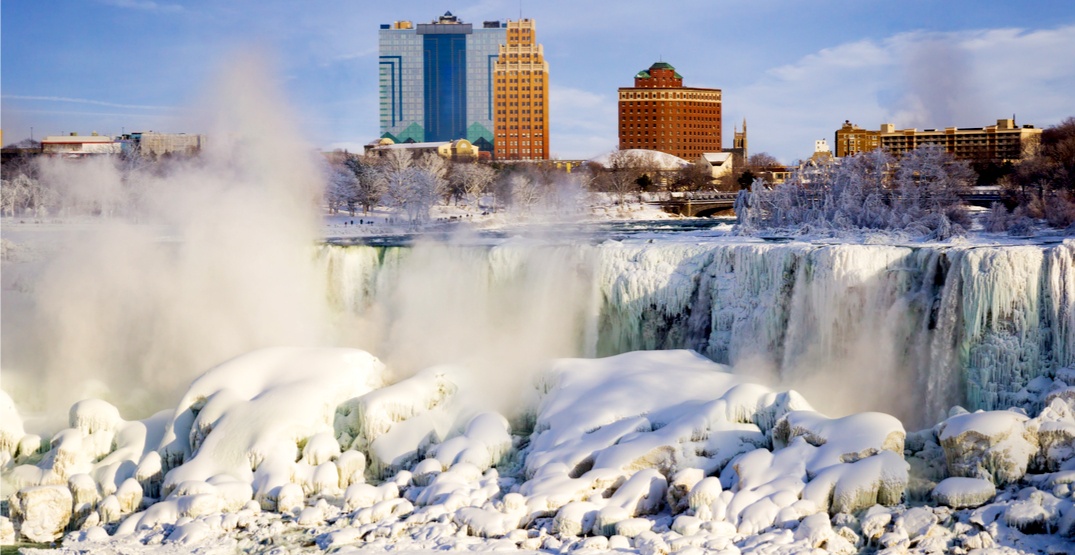 A mayor across the border is hoping that the international rail line could be a reality, and a trip would be in 90 minutes.

According to a recent interview with Niagara Falls Mayor Paul Dyster, his city “could become a bedroom community for people working in Toronto.”

The mayor also said this could have a major economic impact for Western New York.

“Desire of companies to locate in the Buffalo-Niagara area. It could impact the real estate market here,” Dyster told WKBW.

The plan would be to have the train go across the Niagara Falls Whirlpool bridge.

But there are a few obstacles ahead of for Dyster’s plan.

Niagara Falls, NY, would need to secure funding for renovations to the bridge, along with an engineering study, both of which would amount to USD $500,000.

As well, Canadian customs would need to agree to go over the US border.

And finally, Metrolinx, who run GO Transit in Ontario, would have to also be willing to cross the border.

But at this time, Metrolinx has no plans to extend its service to New York state.

“There are specific restrictions when a train leaves Ontario, or any province in Canada, that require a different set of inspection criteria and standards in order to legally enter the United States,” said a Metrolinx spokesperson.

“We continue to focus on providing integrated transit to Ontario residents in the Greater Golden Horseshoe.”

And Dyster knows there are these obstacles.

“There are imposing bureaucratic obstacles to overcome, but this project has so much potential for good that we have to make it happen,” the mayor later tweeted.

There are imposing bureaucratic obstacles to overcome, but this project has so much potential for good that we have to make it happen. https://t.co/MOkhAOVJrf

Metrolinx also said that once in Canada, “we hope our American visitors to Ontario’s Niagara Region will take advantage of our rail service from Niagara to downtown Toronto.”

When the expanded service was announced in December, Metrolinx said they were very excited to introduce this service and called it essential to this market.

But for now, it doesn’t look like a train to NY is one of the things to come.