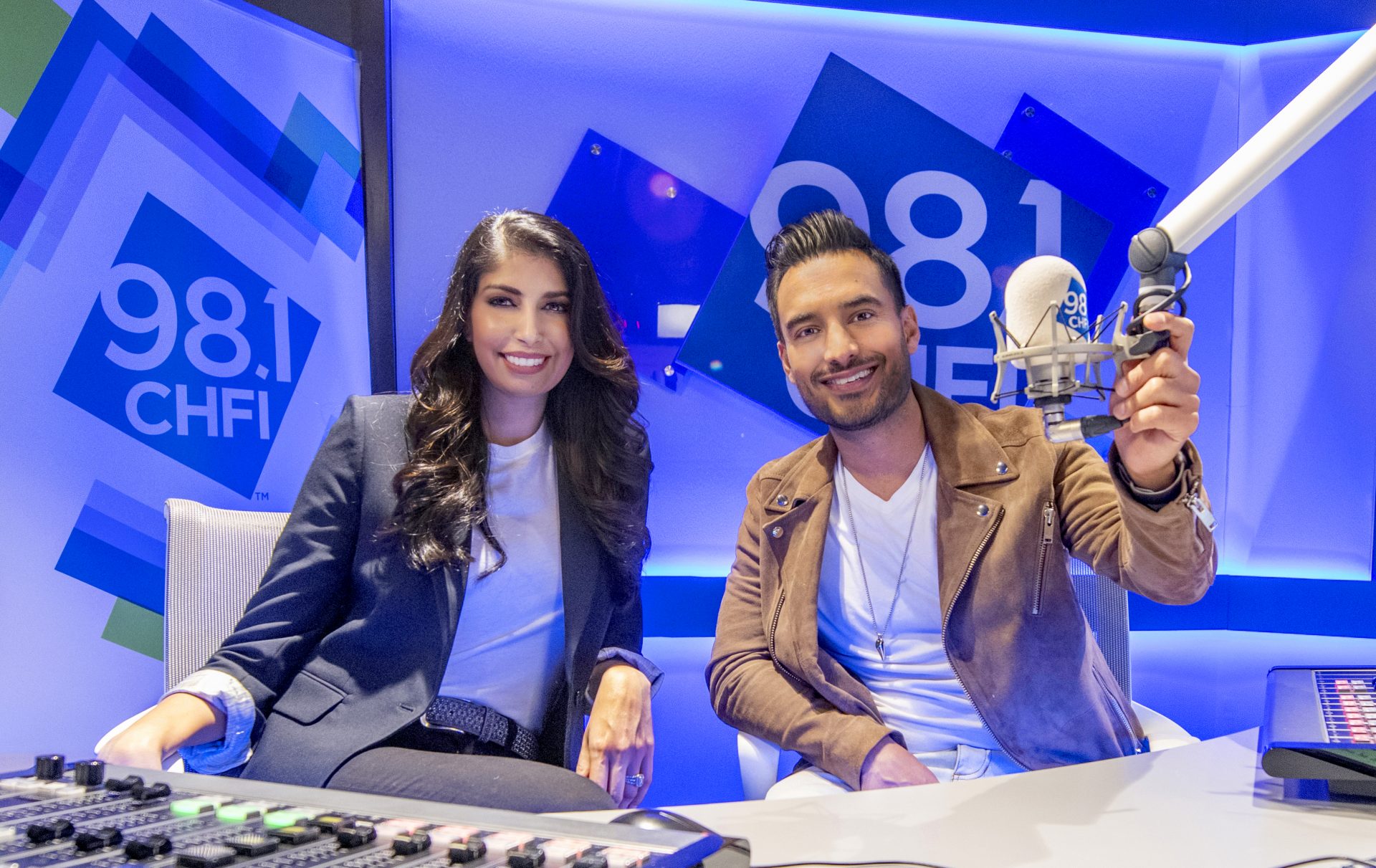 It’s official: A new morning show is kicking off in Toronto with some familiar voices.

Broadcast personalities Pooja Handa and Gurdeep Ahluwalia are joining to host CHFI Mornings with Pooja & Gurdeep, Monday to Friday from 5 am to 9 am, on 98.1 CHFI.

They’ll be debating and commenting on trending news stories and having fun while doing so as the duo are also friends in private life. As part of 98.1 CHFI’s holiday programming, listeners can enjoy a small dose of Pooja & Gurdeep as soon as December 6.

The two award-winning hosts have an extensive history of helping Torontonians stay entertained and up-to-date on the goings-on of the city. Handa has been at it for almost two decades and Ahluwalia for nearly 15 years.

“While radio is something new for me, it’s so very exciting to be able to take on this adventure with my good friend Gurdeep, whom I’ve shared many mornings on TV with over the year,” Handa said in a press release.

Ahluwalia echoed the sentiment: “I first got the radio bug in university, so it’s surreal to get behind the mic again all these years later with my television partner in crime Pooja.”

A huge sports fan — and a “life-long suffering Leafs fan” — with tons of sports coverage under his belt, Ahluwalia is excited to take on the city once more.

“It’s an honour to follow in the footsteps of some of Canada’s most legendary radio broadcasters, so I’ll try my darndest not to mess this up. Let’s go!”

Meanwhile, Handa is celebrating another small victory: “My parents can finally tell their friends that I’m employed again!”

As a duo, Ahluwalia and Handa are probably best known for hosting a breakfast show on CP24. Both left the network in September of this year.