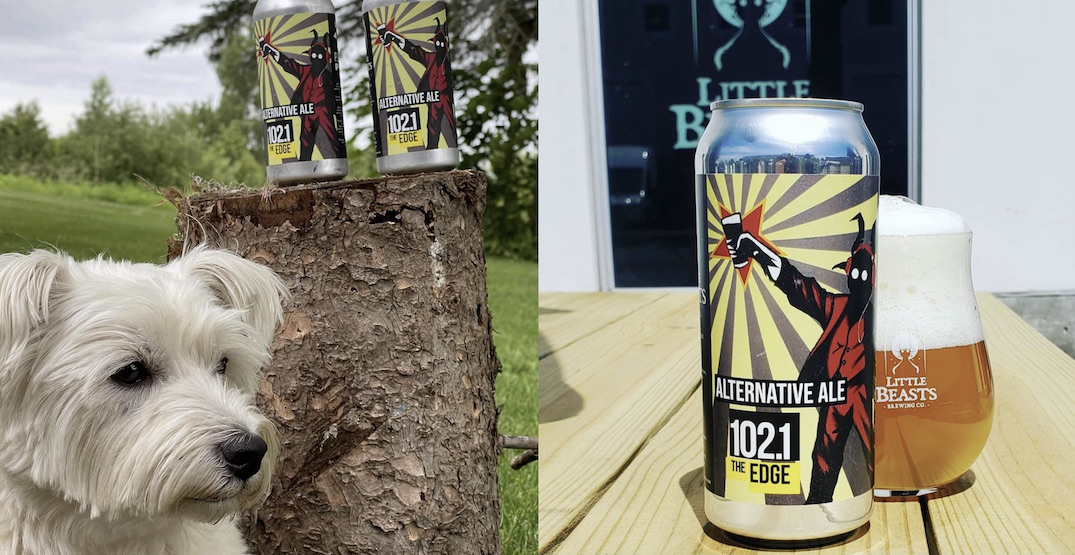 A Toronto radio station has launched a limited-edition beer, and a portion of the proceeds from sales are going to charity.

Local favourite 102.1 The Edge has teamed up with The People’s Pint and Little Beast Brewing Company to bring you the exclusive “Alternative Ale.”

The beer is available now in-store at either brewery or online and a percentage of the proceeds will go to the OSPCA and Humane Society.

The 102.1 The Edge’s Alternative Ale is described as an American- and Belgian-style pale ale — with “fruits hops and just a hint of bitterness.”

“The People’s Pint version is brewed with American yeast and an abundance of fruity hops, with just a hint of bitterness,” reads the description by The Edge. “While Little Beasts created a pale ale that features Belgian Saison yeast, known for its big spicy, fruity notes creating big yet drinkable flavours.”

Make sure to grab yours at The People’s Pint or Little Beast Brewing Company while you can!