More than half of Ontarians disapprove of Doug Ford.

According to a recent poll by Mainstreet Research, 51% disapprove of the province’s premier.

“It is surprising to see Doug Ford’s favourability numbers being this low this early in his mandate,” said Quito Maggi, President and CEO of Mainstreet Research.

“This is not good news for the premier and if these numbers keep trending downwards, Ford’s favourability will match that of Kathleen Wynne’s at the end of her mandate.”

“Andrea Horwarth is doing the best among party leaders in terms of favourability, but our findings shows that Ontarians are not happy with their current options for Premier of Ontario,” continued Maggi. “Horwath is the most popular provincial party leader right now, but more Ontarians disapprove of her than those who have a positive opinion of her.” 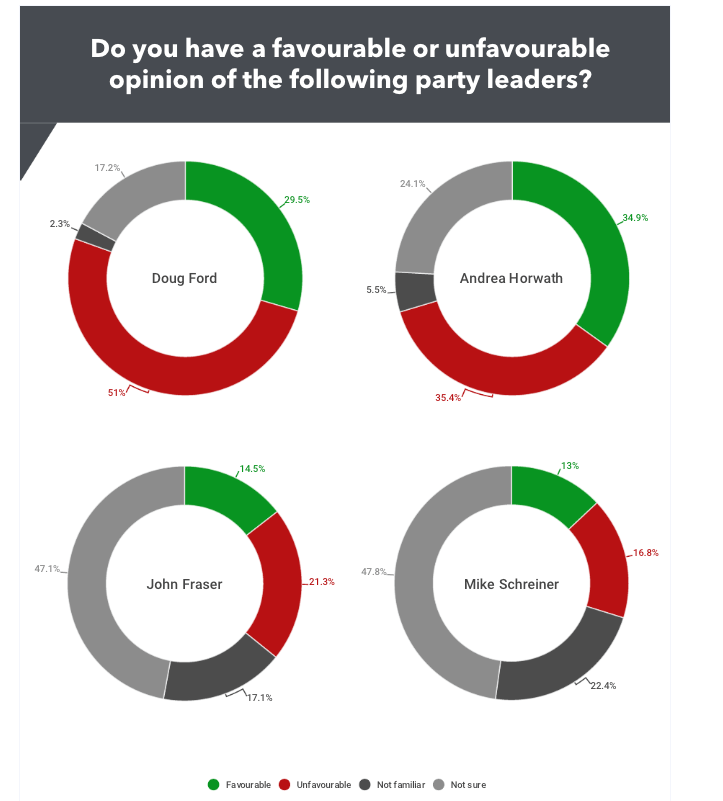 The poll also asked Ontario residents who they would vote for if an election were held today.

“The PCs are doing well and are substantially ahead of their rivals, but Ford’s poor favourability ratings indicate a high amount of dissatisfaction with the government,” concluded Maggi.

Doug Ford’s government recently cut tuition by 10%, but OSAP was heavily affected by the provincial move.

Along with its tuition reduction, the province also eliminated free tuition for low-income students, as well as the six-month grace period on student loan interest.

The NDP called the 10% cut “deceitful,” since the government won’t be replacing the money, and students will likely pay for this with larger class sizes and tuition will likely skyrocket in 2021 to make up the difference.

CUPE Ontario President Fred Hahn also said that the recent cuts were made without consulting the universities and colleges.

The PC government also announced “a new vision” for Ontario place, allowing developers to send concepts for areas that include the Ontario Place islands, mainland, pods, and the Cinesphere. 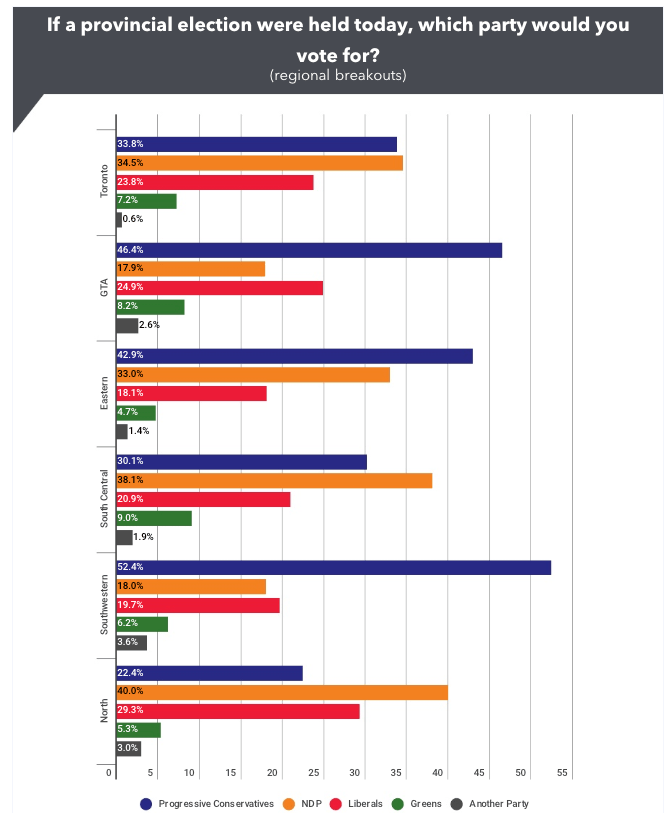