In what it’s calling the “first ever province-wide tuition reduction,” the province said this cut will make post-secondary education more affordable and accessible for students. The reduction will take place in the 2019-2020 school year, and tuition fees would be frozen for the following year.

But critics have been wary of this cut before it was even announced.

Earlier this week, the Ontario NDP expressed its concerns that Ontario Student Assistant Plan (OSAP) grants will be cut by Ford, something they say should be “improved, not hacked apart.”

And Thursday’s announcement confirmed their suspicions.

In a statement following the announcement, the NDP said that students who need grants and loans to help pay for post-secondary education are now going to get less help and pay more interest, following changes by the Ford government.

“The Ford government is going after low-income and middle-income students by cutting grants, making loan support harder to get, and cranking up the amount of interest they’ll pay,” said NDP Colleges and Universities critic Chris Glover. “This is going to mean more debt, holding back young people already desperate for relief from debt.”

Along with its tuition reduction, the province also eliminated free tuition for low-income students, as well as the six-month grace period on student loan interest, which is now cancelled.

Glover called the 10% cut “deceitful,” since the government won’t be replacing the money, and students will likely pay for this with larger class sizes and tuition will likely skyrocket in 2021 to make up the difference.

To protest the changes, a massive gathering is planned in Toronto on January 25, with over 3000 people already interested in attending. 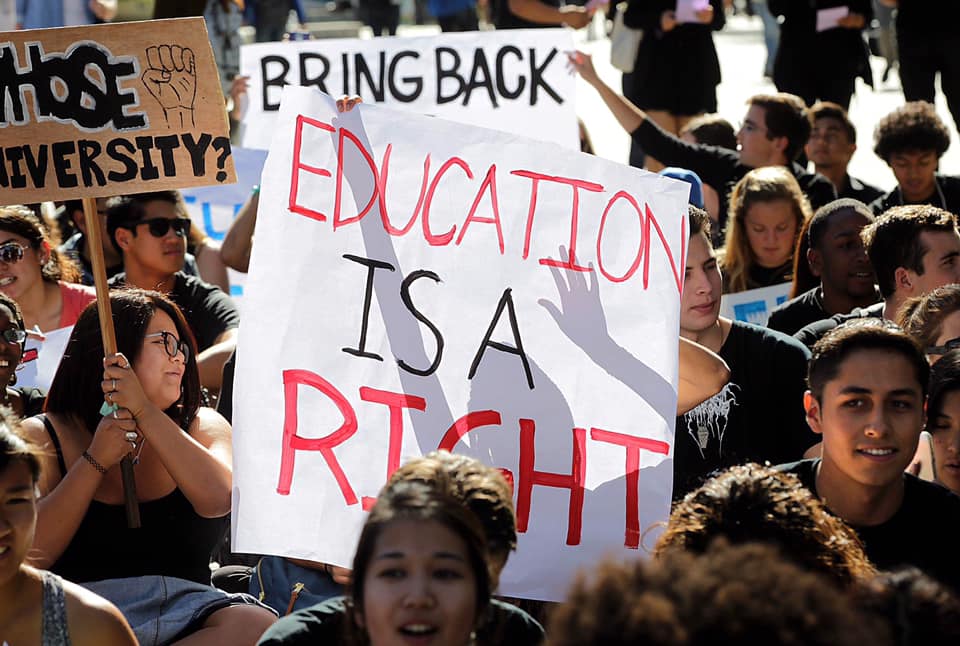 “In 2012, the Quebec government decided to raise tuition rates. In response, a quarter of a million students took to the streets to demand change. The result was a halting of tuition increases,” reads the ‘Protest Against OSAP Changes’ event post. “This year, The Ontario government has decided to target our right to education through the recent OSAP reform. All students will be affected, and now it is our time to tell the government that we will not sit in peace.”

CUPE Ontario President Fred Hahn said that the recent cuts were made without consulting the universities and colleges.

And CUPE’s University Workers Committee said the cuts will have a big impact on education.

“These deep cuts will have a tremendous impact on the quality of education and range of services offered by Ontario’s Universities,” said Janice Folk-Dawson, sector chair of CUPE’s University Workers Committee. “These reckless and cynical maneuvers will force greater out-of-pocket costs onto students, regardless of the proposed tuition discount.”

According to the NDP, student debt levels are so crushing in Ontario today, that people are putting off moving out of their parents’ homes, and putting off starting families.

“For the government to profit on the backs of students by charging interest on student loans is wrong, and it has to stop,” said Glover. “The government should not be cutting grants, it should be converting loans to grants and eliminating all interest.

CUPE also adds that tuition fees shouldn’t be decided upon by the province.

“By cutting funding to student unions the Ford government is looking out for itself and its slash and burn agenda. Student democracy, through elections and referendums, should determine student fees, not government insiders,” said CUPE’s Hahn.

The Protest Against OSAP Changes is planned for January 25 at 2 pm, and will take place at Yonge-Dundas Square.