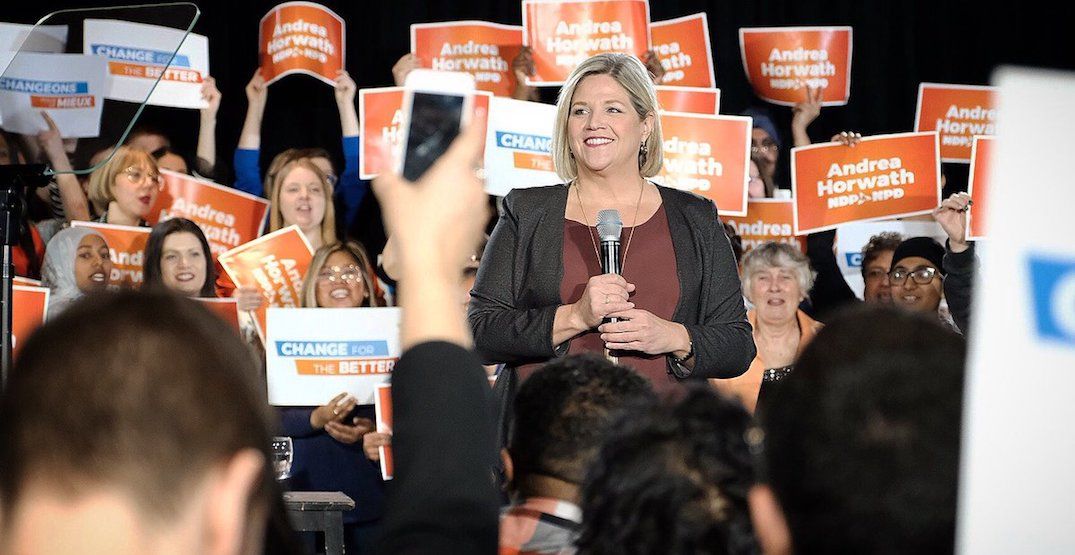 Ontario’s NDP are gaining momentum as the election date nears.

According to the latest Forum Poll, almost half of Ontarians (47%) say that they would support the NDP.

“If the election were held today, we project these results would see an NDP Majority Government with 79 seats,” states the poll. “The PCs would serve as opposition with 40 seats, and the Liberals would be left without enough seats to form an official party in the legislature, 5.”

And as the NDP gains popularity among voters, the Liberals continue to come in in third place. 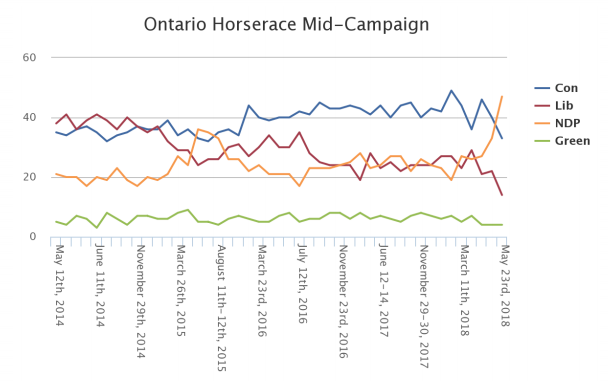 “We’ve seen the NDP gaining momentum since our poll on the first day of the campaign,” said Dr. Lorne Bozinoff, President of Forum Research. “But their momentum has now propelled them into a position to secure a majority government, sapping support from both the Liberals and the Conservatives.”

Among the 906 Ontarians polled, Horwath and Ford tied for best Premier with 33% saying Horwath would make the best Premier. A similar proportion (30%) say the same of Ford. Wynne is seen as best premier by just 15%, leaving her in third.

The Ontario Election is on June 7.