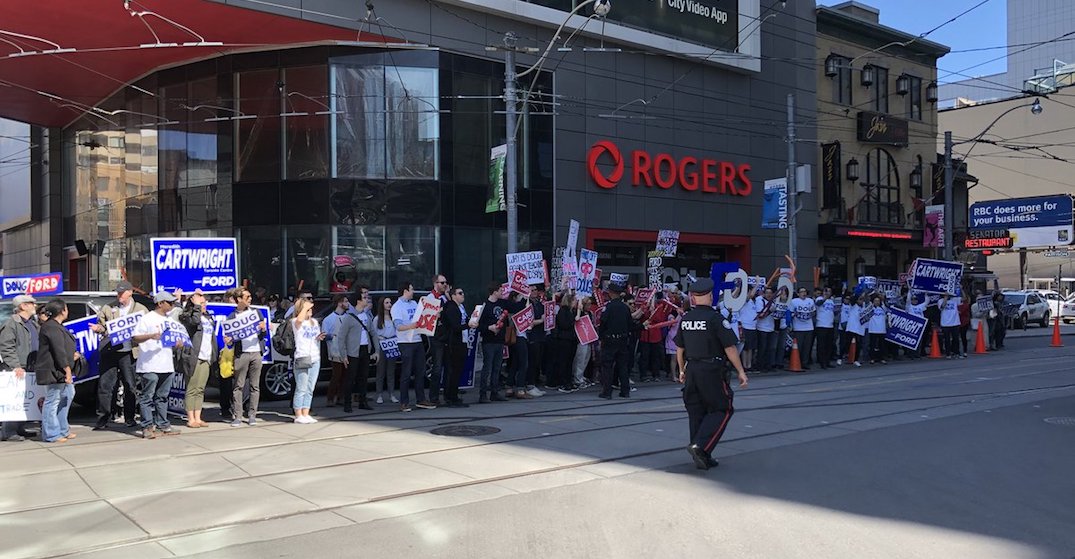 Outside of Monday’s televised Ontario election debate, there appeared to be a crowd of Doug Ford supporters.

While there were supporters for Ontario Premier Kathleen Wynne, New Democratic Party leader Andrea Horwath, it was Doug Ford’s campaign that stole the show… the next morning.

On Tuesday, a report by The Toronto Star confirmed that actors were hired to play Progressive Conservative supporters outside the Monday night leaders’ debate. 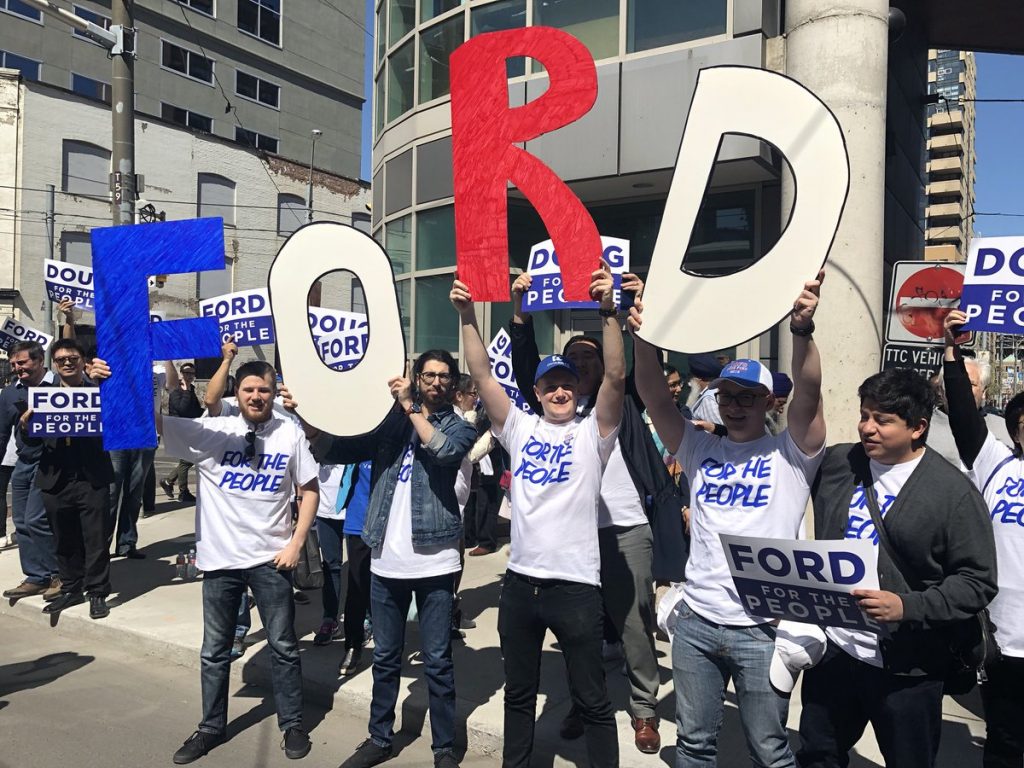 “We were very confused by this situation, because we are getting record numbers of supporters to every event across Ontario. This was done by a local candidate and it won’t be continuing,” Ford’s spokeswoman Melissa Lantsman told the Star.

Meanwhile, Ford said told reporters that he wasn’t aware of the situation.

“That’s the first I’ve heard of that,” Ford said, adding “We don’t need that.”

The Star reports that a performer was paid to play a supporter at the rally. In an email obtained by the Toronto paper, a casting agency CastmeBG said they were looking for “20 people to play real people at a Ford nation rally.”

The email allegedly offered $75 to actors to be at the rally from 2 pm to 8 pm, which works out to $12.50 per hour, aka below minimum wage in Ontario.

But hey, he’s supporting the arts…