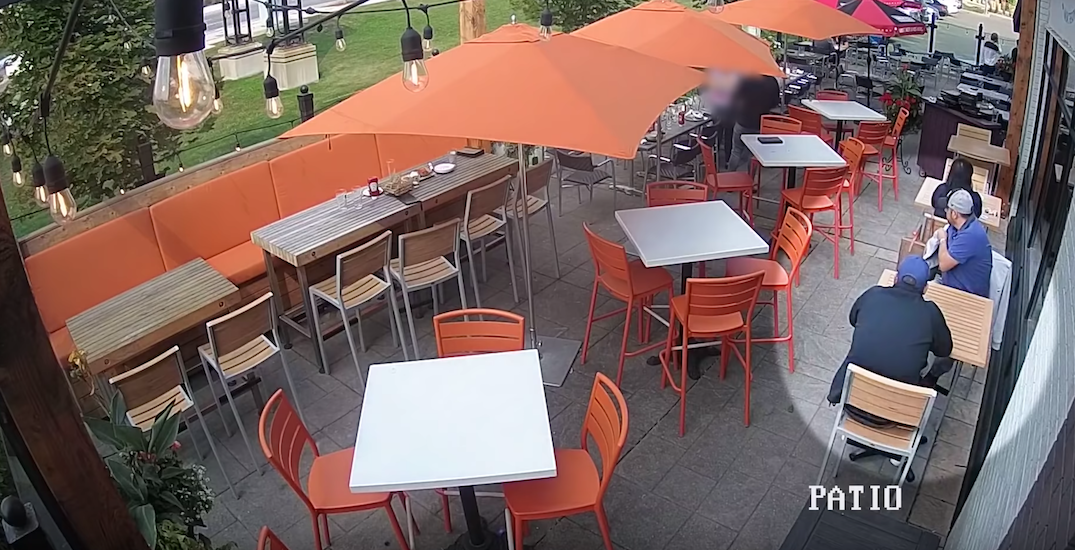 York Regional Police are warning the public of distraction-style thefts after a woman reported being robbed on a patio in Markham last month.

On Wednesday, September 25, York police received a report of a theft that had occurred on the patio of a restaurant in the area of Highway 7 East and Woodbine Avenue.

The incident was captured on video surveillance and shows the suspects seated behind the victim. One reaches back and takes a wallet out of her purse that was slung over the back of her chair.

Investigators have now released a video of the incident and are appealing to the public for assistance identifying the suspects.

Police have described both suspects as white males and were wearing Vegas Golden Knights and Toronto Maple Leaf hats.

In other recent incidents of distraction-style thefts, unknown suspects approached victims unexpectedly and placed fake jewellery around their necks, wrists, or fingers while stealthily removing valuable authentic jewellery that the victims had been wearing.

The suspects then leave, usually in a waiting vehicle, and it is only later that the victims realize their valuable jewelry was stolen.

Police say these suspects often target elderly or vulnerable people who they feel can be overwhelmed or confused by their unexpected approach, and they often act friendly and outgoing while distracting the victims during the thefts.

York police are reminding citizens to be cautious and protect themselves by following these safety tips: