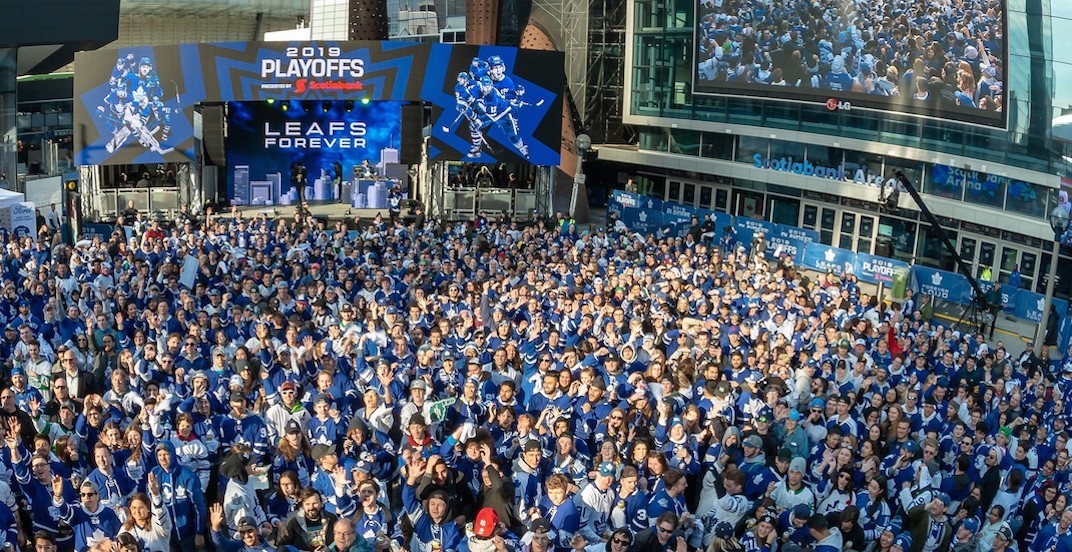 As Toronto sports fans descend downtown today, they should be aware of the various traffic restrictions and increased police presence in place in the Scotiabank Arena and Rogers Centre area.

The Raptors will be playing the Orlando Magic on home court at the same time the Jays are at Rogers Centre hosting Kevin Pillar and the San Francisco Giants.

Additionally, MLSE will be screening the Leafs’ game seven against the Boston Bruins at Maple Leaf Square, as part of a joint tailgate party for Leafs and Raptors fans.

Road closures are expected to begin at 2 pm around Scotiabank Arena, and then 5 pm around the Rogers Centre.

Access for residences and business into the area of Scotiabank Arena will be from Lakeshore Blvd northbound on York Street, with egress from the area, westbound along Bremner Blvd.

The public may also notice other enhanced security measures in the surrounding area, including an increased police presence and/or the use of other public and private sector resources.

While there is no imminent threat at this time, security issues are closely monitored and changes will be implemented as required.

Fans are encouraged to use public transit or carpool during tonight’s games.