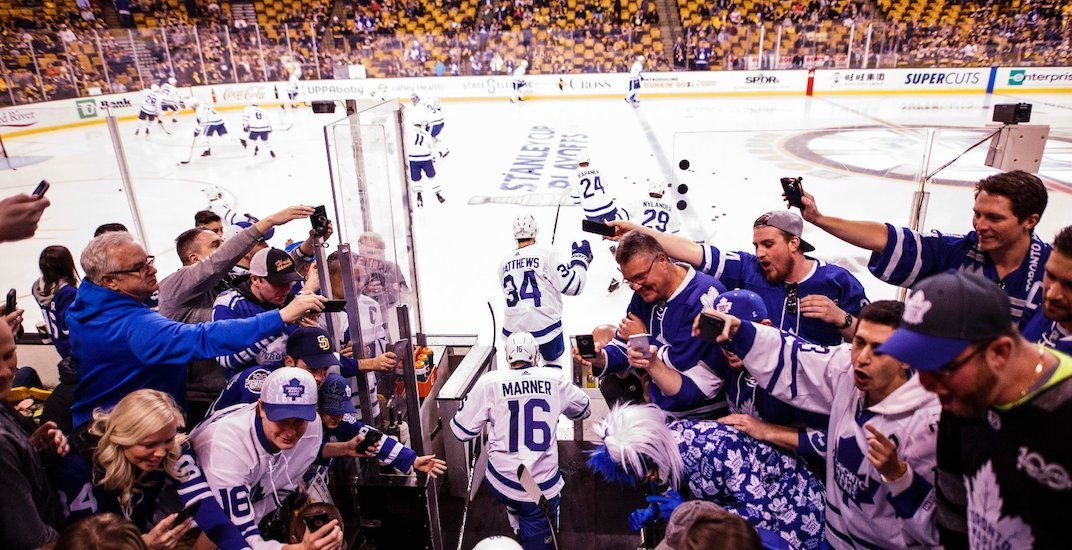 It always had to be this way, didn’t it?

After a historic collapse in a Game 7 loss in the first round in Boston in 2013, the new-look Toronto Maple Leafs (with just two players from that roster) finally got a second crack in 2018.

And while it wasn’t “give up a three-goal third period lead” bad, the Leafs fell 7-4 in that game after heading into the third period with a 4-3 lead.

On Tuesday night, they’ll get a third chance for the exact same matchup. And while many fans might be pessimistic they’ll be seeing more heartbreak once again, here are five things the Leafs can do to finally reverse their fate.

1. Keep up the cohesive defensive play

A 2-1 victory in Game 5 in Boston was perhaps Toronto’s best defensive performance in a decade. It was the first time Toronto won a playoff game in regulation while allowing under 30 shots on goal since Mike Babcock was hired in 2015.

For the Leafs to win in Boston, it could be a run-and-gun style game, but only one game this series (Game 4 in Toronto, a 6-4 Boston win) has seen each team score at least three goals. If we’re betting on the history of this series, it’ll likely be a grind right until the final whistle.

2. Andersen needs to hold the fort

As much as everyone loves to talk about previous failures of the Leafs’ defence, Frederik Andersen’s been a much better playoff goaltender this season compared to last. His .925 save percentage through six games dwarfs his .896 number from last year.

Even if you’d like to push any other narrative as to why the Leafs lost last year’s series, few teams can win when their starting goalie has as rough a go as Andersen had in 2018.

He’s made some stellar saves this series, including a glove robbery on Patrice Bergeron during Game 6.

3. John Tavares and Mitch Marner need to create some magic

The Leafs’ most expensive player (this season) at a salary cap hit of $11 million, centre John Tavares has been a non-factor offensively in three of the six games so far. Tavares does have four points in the series, but the only time he’s scored was an empty net goal to seal Game 1 on the road. After ranking third during the regular season with 47 goals, Tavares has yet to beat a goaltender in this series.

Linemate Mitch Marner, who led the team with 94 points in the regular season, has similarly fallen cold. After two huge goals in a Game 1 victory, Marner has struggled, picking up just two assists over the past five games.

If they can click just one final time, it could be the difference between advancing and going home in round one once again.

4. One more from Auston Matthews

After four goals in the final four games of Toronto’s first round series against Washington in 2017, Auston Matthews fell flat in last year’s matchup with just a lone goal and an assist in the seven games.

This year, he’s come to play, scoring five times in the last four games to lead the Leafs in both goals and points. Matthews tied for the league lead with 29 shots on goal and sits just one goal behind Mark Stone for the league lead in that category as well. Though three of his goals have come in losing efforts, it’s hard to argue that anyone else has kept the Leafs in games as much as their 21-year-old superstar.

As much as everyone loves to think this is the same old Leafs, it really isn’t.

Acquisitions like Jake Muzzin and Tavares give the Leafs two new solid pieces when they’re playing at their best. Andreas Johnsson and Kasperi Kapanen each completed their first full NHL seasons scoring 20 goals apiece, and newcomers Trevor Moore and Tyler Ennis give the Leafs some much-needed speed on their fourth line.

The Leafs came into their recent previous two Game 7s after falling behind 3-1 in the series, whereas they took the 3-2 lead this go around. Neither Boston or Toronto has won back-to-back games yet.

And as much as it would make for an easy laugh for many if the Leafs fail in the same fashion yet again, there’s no reason to believe they can’t flip the script. They’ll get a chance to prove it Tuesday (7 pm ET on CBC/Sportsnet) in Boston.