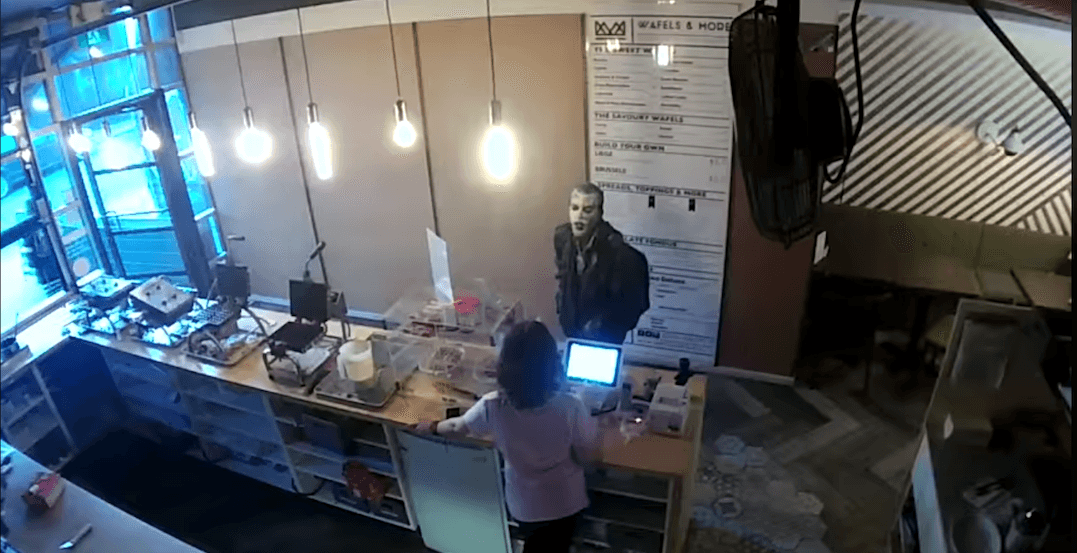 Toronto Police have arrested a man who allegedly stole a tip jar from a Kensington Market restaurant while disguised as the Joker.

Police say that on May 5, a man entered a restaurant in Kensington Market wearing Joker face paint and stole a tip jar which was near the cash register.

On May 6, Wafels & More shared a video to Facebook that showed the man entering their establishment and speaking with an employee before pocketing the tip jar that was on the counter. 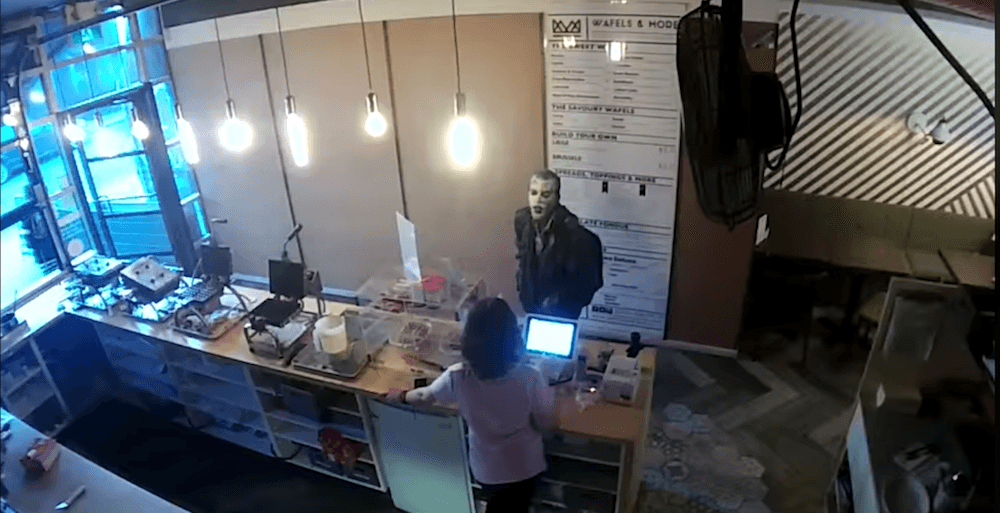 According to Police, Timothy Lubin, 29, of Toronto, was arrested and charged with theft on Sunday, May 12. 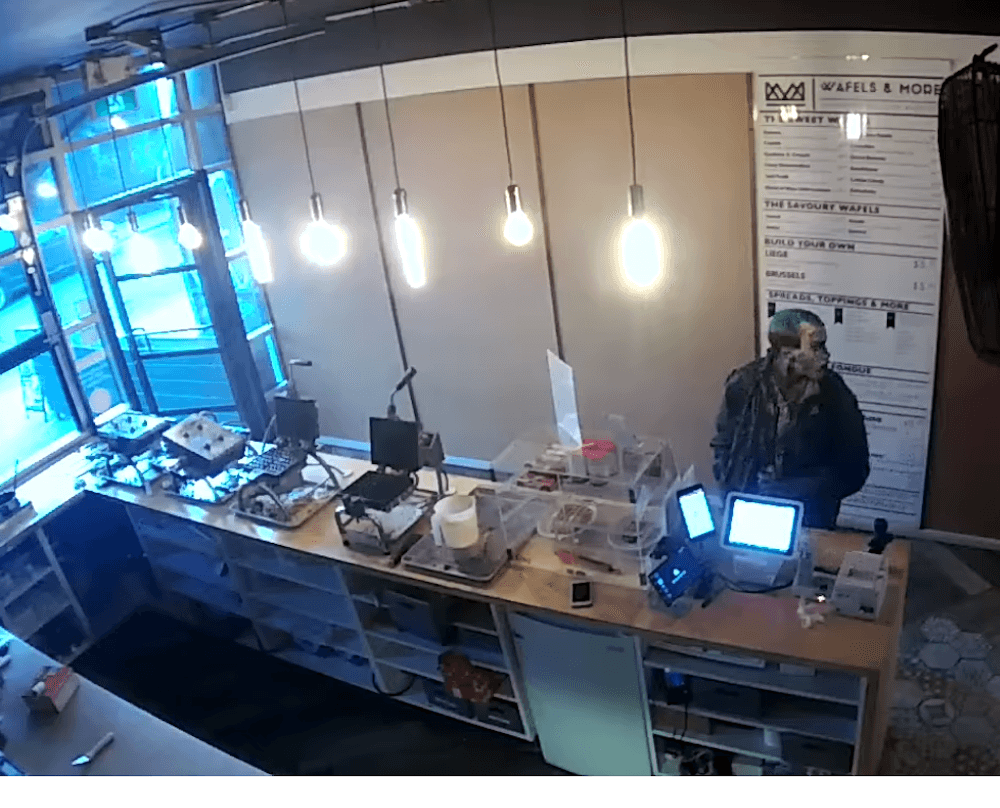 Also on Sunday, the eatery commented on the video to say that they had been informed by police that a suspect was arrested in relation to the crime.