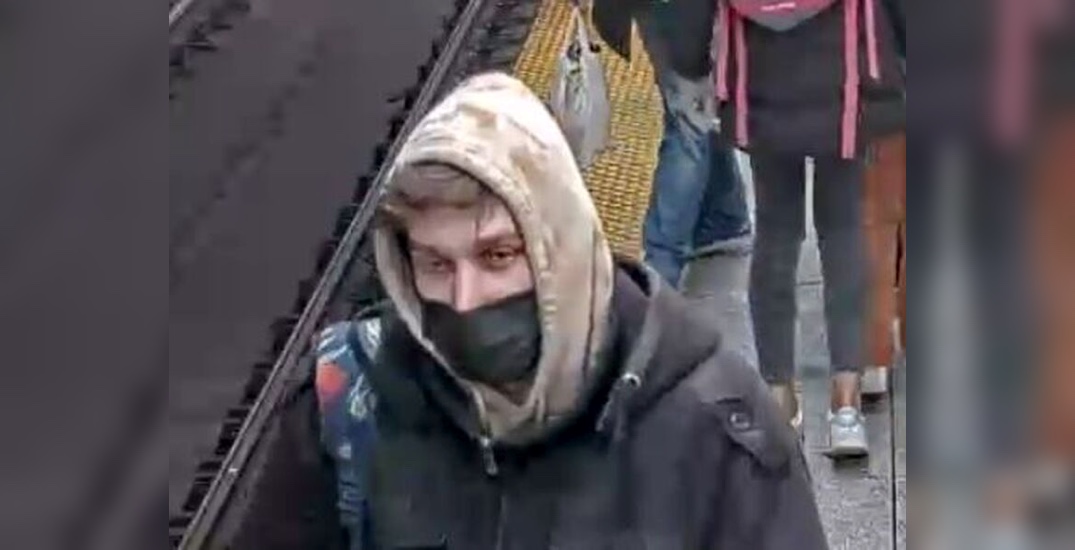 The Toronto Police have released images of a man suspected of pushing another man onto subway tracks at Bloor-Yonge Station last week.

According to a press release from TPS, on Friday evening they responded to a call for “unknown trouble” at the subway station.

The police said that a 36-year-old man had been carrying a box along the subway platform. This man bumped into another man on the platform and an argument took place, according to the press release.

The 36-year-old man who was hit by the train was treated in hospital for his injuries. Police did not provide an update on his condition.

The suspect is described as 6’0″, with a slim build, and light brown hair. Police said he was wearing a black jacket, light brown hooded sweatshirt, black pants and grey running shoes. They added that he had a blue backpack with a floral design.