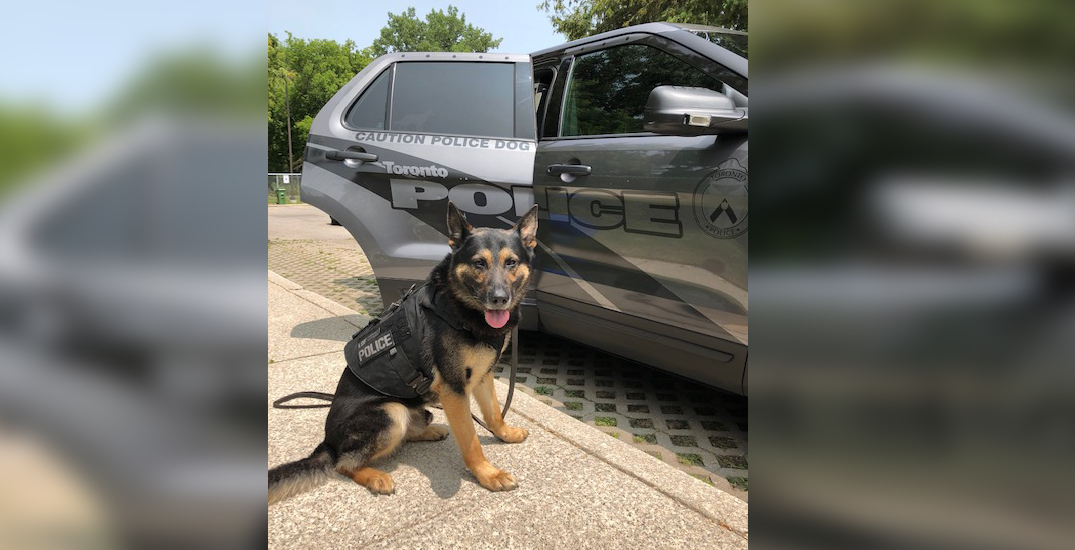 How did the officer do it? He used his nose, of course.

Jango the police dog got a shoutout on Twitter after successfully finding the remaining  teens who allegedly used weapons to smash display cases and rob stores at the mall.

That’s my time.
In parting I’d like to introduce everyone to ‘Jango’!
This is the K9 Officer who tracked down suspects in the Yorkdale robbery reported earlier on @TPSOperations !
He is responsible for 4 of the 5 arrests.
Job well done!
Good night folks… pic.twitter.com/eJ61oMsDkp

On Friday, all Yorkdale stores were closed as the mall was placed on a hold-and-secure after the robberies. Police initially thought shots may have been fired, but later said the suspects used firearms to break open display cases.