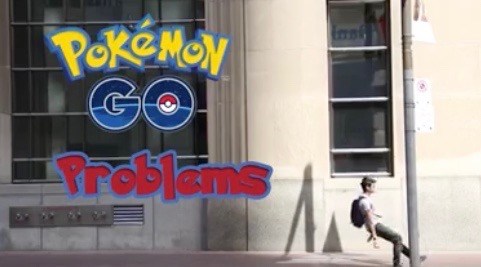 This Toronto-made Pokémon Go video is going viral for all the right, and wrong, reasons.

The right reasons would be that it’s a hilarious parody of Canada’s obsession with Pokémon Go, demonstrating the highest levels of idiocy and trouble one can get into when they walk around looking at their phone as they chase Pokémon.

The wrong reasons would be pissing off the TTC:

An incredibly dangerous stunt that could have resulted in death, serious injury or prolonged delay for 1000s. Not OK pic.twitter.com/mygFrpz08I

Made by Noodle Boys, a Toronto based production company who describes themselves as “dedicated to unconventional projects and social deceptions on a grand scale. Why? Why not?” the one-minute video has already garnered 320K+ views in less than 24hrs.

Perhaps it’s just the commitment this guy has to eating sh*t every time he walks into something that makes it so easy to watch. Whatever it is, this video is rising almost as quickly as Nintendo’s stock two-weeks ago.

Watch for yourself and see if you don’t laugh at least once.