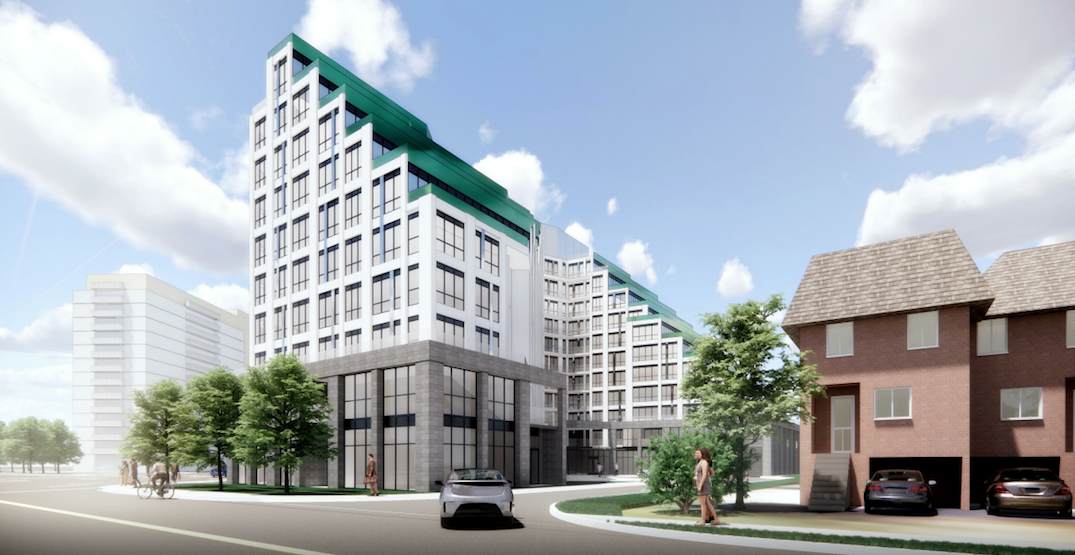 A development once set to become three new rows of townhomes near Scarborough bluffs will now be an 11-storey condo building.

The development, which will rise at 3310 Kingston Road, is just one of the most recent planned additions to the main Scarborough road that will increase density in the area. 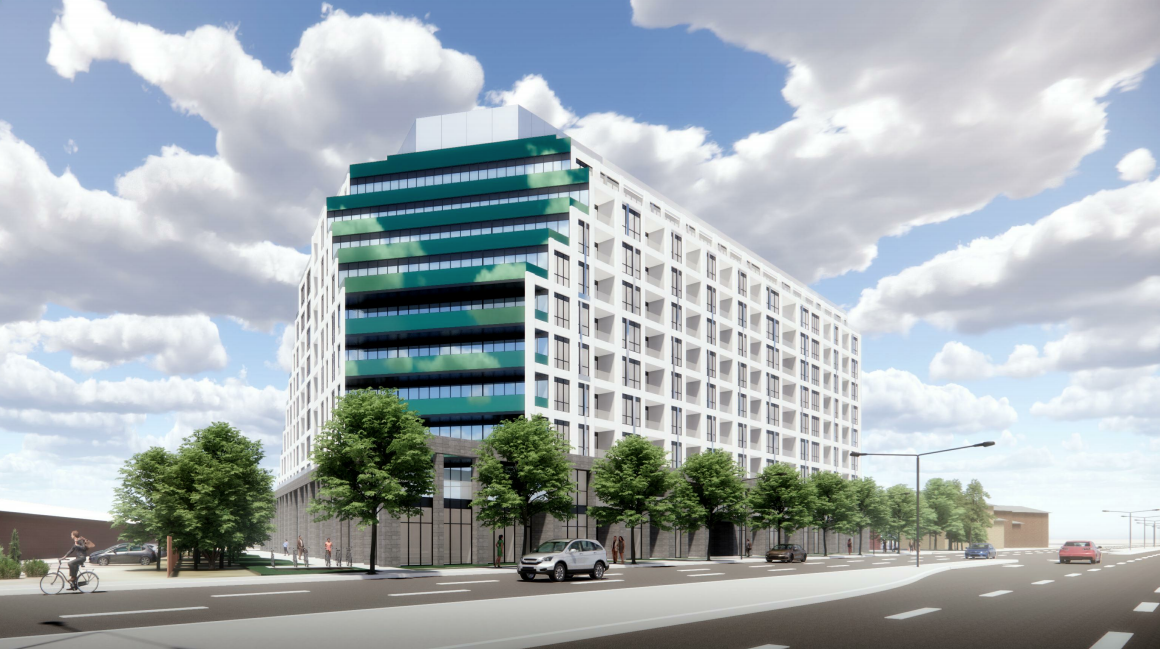 Updated plans were recently filed with the City and are currently undergoing review. They call for a large V-shaped building with 323 units and two levels of underground parking.

According to plans, the building’s units will range from studios to three-bedrooms. The building will also have quite a bit of outdoor space, with multiple green roofs, outdoor amenities, and staggered terraces. 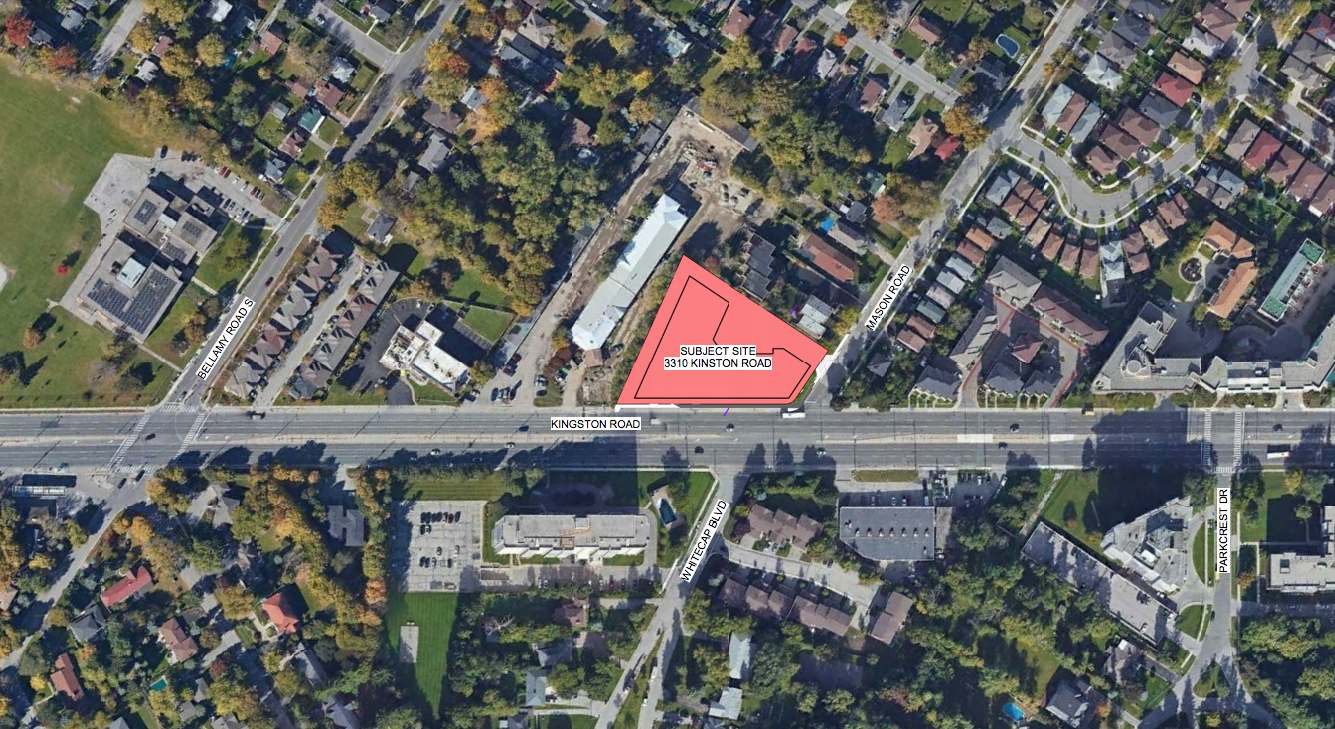 Although the condo will stand out from the relatively low-rise neighbourhood due to its height alone, its planned architectural design with green tiered terraces will certainly make it eye-catching.

The surrounding Kingston Road area won’t stay too low-rise for too long, though, with a number of other high-density developments in the works. Plans for a 10-storey, 265-unit condo building at 1631 Kingston Road were announced late last year. And a two-building, 578-unit development is planned near the intersection of Military Trail and Kingston Road.

The area is understandably desirable from a condo development standpoint, thanks to its plethora of highly developable properties and proximity to amenities along the main road and nearby attractions like the Scarborough Bluffs. 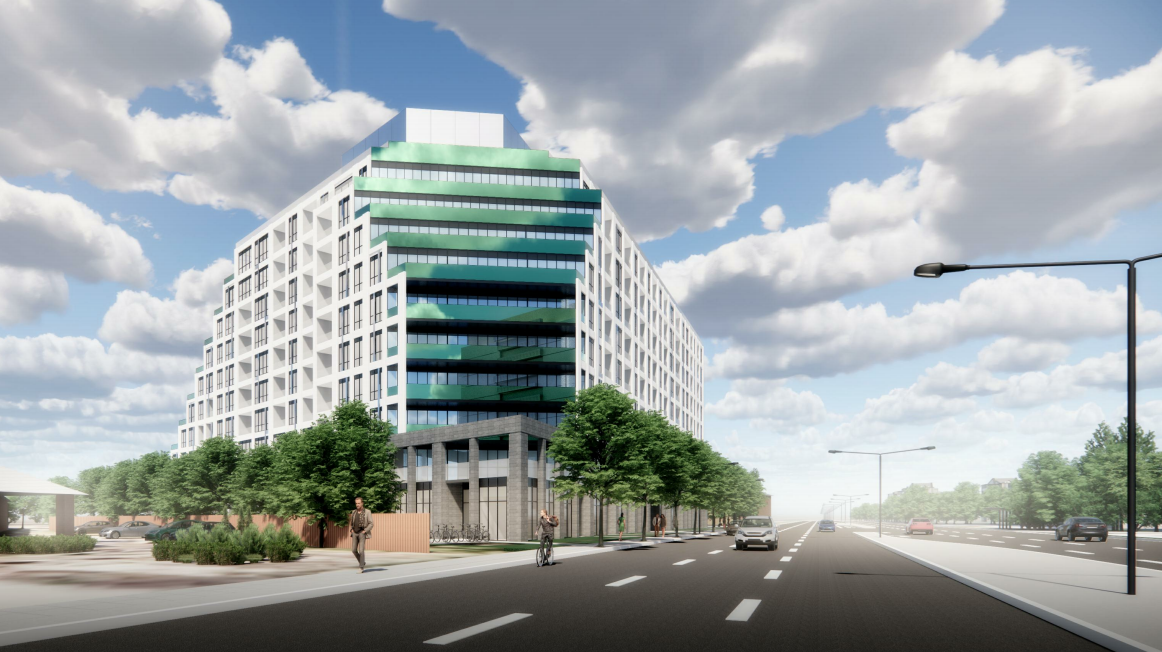 Developer Morrison Group will need their plans approved by Toronto City Council before they can move forward with the 11-storey condo building plan, so construction won’t be happening imminently.