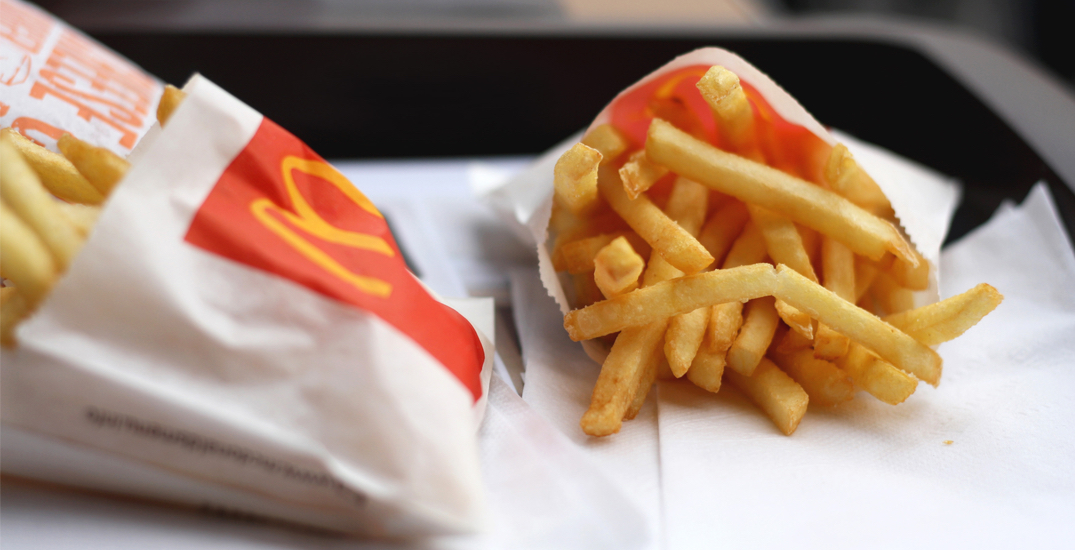 Three airplanes loaded with potatoes are flying to Japan to help ease a French fry shortage at McDonald’s locations across that country.

Due to supply chain issues and BC flood damage, many potato shipments have not been able to get out of the Port of Vancouver and have been significantly delayed.

Vancouver serves as a transit point for shipping services for McDonald’s Japan Co., so potatoes from North America have been unable to get to the country.

“We import potatoes from North America on a large scale near the Port of Vancouver, Canada, which is the transit point for shipping services. Import delays have occurred due to flood damage and the impact of the Corona disaster on the global distribution network,” McDonald’s Japan said in a statement.

US freight forwarder Flexport Inc. is coming to the rescue, and has announced that it will help fly three planes loaded with potatoes to Japan.

“Flexport just contracted to fly three 747 loads of potatoes to Japan to help with the French fry shortage,” the company’s CEO, Ryan Petersen, said in a tweet on December 28.

Twitter user @_gyani_ quoted the tweet and added their estimated of just how many fries this could provide Japan. “A 747 can carry about 112,760 kgs,” reads the tweet, “and a serving of large fries at McDonalds is about 154g. About 2.2 Million servings if anyone is wondering.”

Last week, Peterson posted that he was learning about the French fry shortages in Japan.

One of the fun things about working at Flexport is that for any company in the world you want to learn about, someone at Flexport understands their operations at an incredibly granular level. This morning I’m learning about McDonald’s french fry shortages in Japan…🥔🥔🍟🍟

After announcing on Tuesday that Flexport would offer assistance, Peterson said that the company considered involving Flexport.org for this “humanitarian relief operation” but in the end decided that the for-profit side was a better fit.

In another tweet, Peterson noted that if the 747s weren’t filled with potatoes, they would be flying empty.

In light of the potato shortage, McDonald’s Japan has decided to only sell their fries in a size small, and is offering a 50 yen discount at 2,900 restaurant locations nationwide.

Last month, parts of BC experienced their own McDonald’s item shortages due to the devastating floods and severe weather.

With files from Manisha Singh