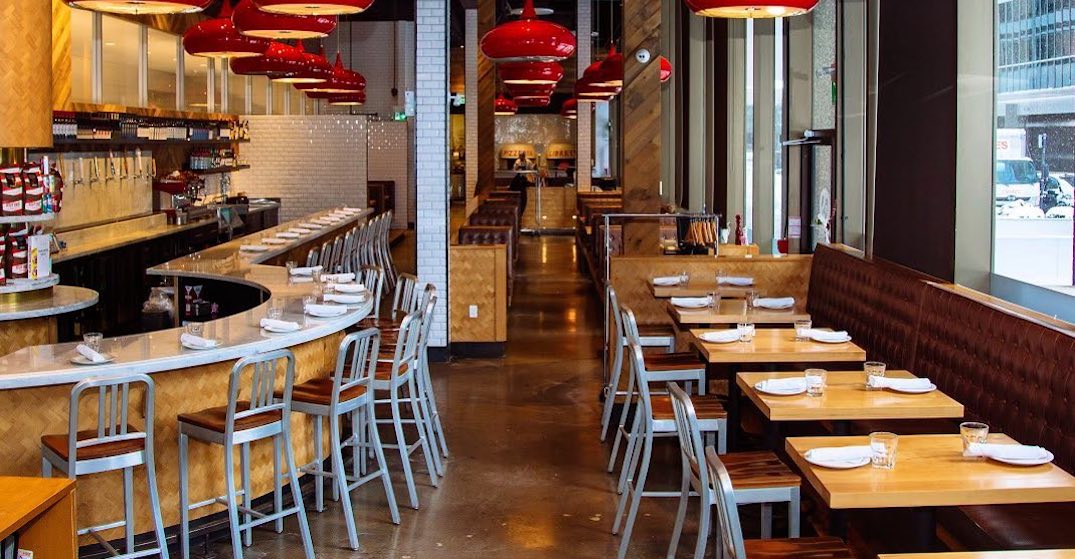 It feels like just weeks ago that the province moved Toronto into its Stage 3 of reopening, allowing restaurants and bars to open up indoor dining again.

At the time, near the end of July, Toronto had reported some of its lowest new COVID-19 daily case numbers. On July 28, the city reported one new case, but that’s all a distant memory now.

Over the past week, Ontario began reporting over 600 new COVID-19 cases daily, with the majority centred in Toronto as the province entered its second wave.

And on Friday, Toronto’s medical officer of health, Dr. Eileen de Villa, released a letter she wrote to the Province of Ontario’s chief medical officer of Health, Dr. David Williams, “with strong recommendations to significantly reduce the further spread of COVID-19 in Toronto.”

De Villa said that 44% of Toronto’s COVID-19 outbreaks are in restaurants, bars, and entertainment venues, and part of her recommendations is to shut down indoor dining service.

“For restaurants and bars, I request the suspension of indoor service, for a period of four weeks,” said de Villa at the time. “Four weeks represents an interruption of two incubation periods for the virus. These venues would still be able to continue outdoor, takeout, pickup and delivery services.”

But, Premier Doug Ford said that he needs “hardcore evidence” before closing down restaurants in Toronto.

“These are people that have put their life in these small restaurants, everything they’ve had. I have to make sure 100%… I have to see the evidence before I take someone’s livelihood from them and shut their lives. That’s a huge decision that ways on my shoulders and it’s tough,” Ford said on Monday.

And while it is tough, one Toronto restaurant has already made the decision to shut down its indoor dining.

With three locations operating throughout the city, Pizzeria Libretto said it closed its indoor dining service for two reasons.

“Over the past week, we closely monitored the growing number of positive COVID cases in Toronto as well as the recommendations from the municipal government; however, we also were closely monitoring the business levels inside the restaurants and noticed that the guests were telling us themselves they didn’t feel comfortable coming in to dine,” said Hilary Drago, Senior Operations Manager, Libretto Restaurant Group.

“We felt it was in the best interest of the hourly front of house service staff whose livelihoods depend on gratuities to temporarily lay them off so they can collect EI and in turn we can protect ourselves from a potential outbreak in the restaurant.”

With their closure, they had to lay off about 20 staff members.

🚨 Important Update 🚨 At Pizzeria Libretto, our guests are top priority, and we like to keep you informed. As of Monday, October 5th we have made the decision to close our indoor dining rooms, but we will remain open for takeout and delivery as usual! Our patio dining will be available weather permitting ➡️ so be sure to call your location before heading out to make sure the patio will be open. #PizzeriaLibretto . . . . . #pizza #pizzagram #instafood #pizzas #pizzatime #patio #torontopatio #patioseason #neapolitanpizza #torontopizza #goodpizza #foodie #italian #italianfood #torontoitalian #local #yyz #yyzpizza #toronto #toreats #torontofoodie #torontofoodies #curiosityto #librettogram #dinesafe

Drago told Daily Hive that there have been no positive COVID-19 cases in any of their restaurants, but they are hoping that by closing the indoor spaces, they are protecting themselves further from that potential scenario.

At least five restaurants shut their doors last week as they dealt with COVID-19 cases within their staff, or through close contact or customers. It’s a move that doesn’t come easy, especially after months of closure earlier during the pandemic.

Pizzeria Libretto saw what Drago called a “very dramatic shift” to takeout and delivery, even when dine-in was an option for guests.

“One thing that’s dropped naturally are the celebratory dining experiences we so commonly hosted before. More groups of 2 and 4, and often just a quick meal which of course results in a lower cheque average,” Drago said. “This is a very different industry than before the pandemic.”

While it had a new street patio at its Ossington location, Drago said it would be helpful if the city would help restaurants financially in the form of a grant to keep patios open longer.

“Although they passed the ability to have a heat lamp on a patio, those things are easily $500 each and when you’re struggling to survive, you don’t have the extra money to spend on 20 plus of those units, which is how many we would need for it to be effective at all locations,” she said.

For now, they plan to close their restaurants’ indoor dining for a maximum of four weeks, which is close to Dr. de Villa’s recommended time for all restaurants in the city.

“We’ll monitor the situation daily and if things get better before that we will reopen sooner. Regretfully that could go the other way too but we’re trying not to focus on that possible outcome,” said Drago, who added that they would like to offer their own delivery system to try to pivot the business to make it as “pandemic proof” as possible “so we can continue to create jobs and provide guests with our delicious pizza all year round.”