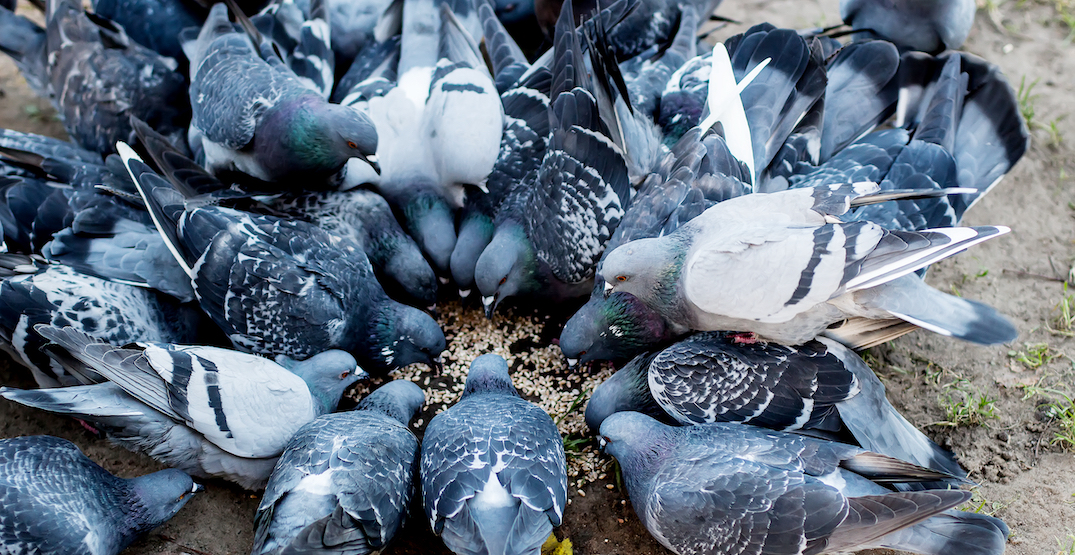 It may soon be illegal for Toronto residents to keep the pigeon community fed on public and private property after a motion was brought to city council.

Councillor Kristyn Wong-Tam and Councillor Paul Ainslie put forth a new motion that will be reviewed by city council this week.

It calls for the “feasibility of expanding the pigeon-feeding prohibition by-laws”, “to initiate rapid-response investigation and enforcement” prioritizing any 311 complaints that relate to pigeon feeding and “developing health and safety strategies to address unsanitary conditions due to excessive amounts of droppings when pigeons are gathered in large numbers.”

The motion, titled “Go Tell It To The Birds: Time to Stop Overfeeding Toronto’s Pigeons,” also states that large flocks of pigeons make a “harmful nuisance” and that feeding large amounts of carbs like rice, bread, and seeds are “not only a messy eyesore but attract vermin” like rats, who live off of these scraps.

“Public spaces such as sidewalks, plazas, boulevards, squares, and laneways are overwhelmingly inundated with pigeons who continue to be attracted to these spaces because their food source is abundantly scattered and spread out by residents,” reads the motion.

However, if the motion passes, it will take until March 2022 for the municipal licensing and standards executive director to report back on changes.

Toronto would join other cities such as Mississauga that currently have bylaws in place prohibiting feeding wildlife.