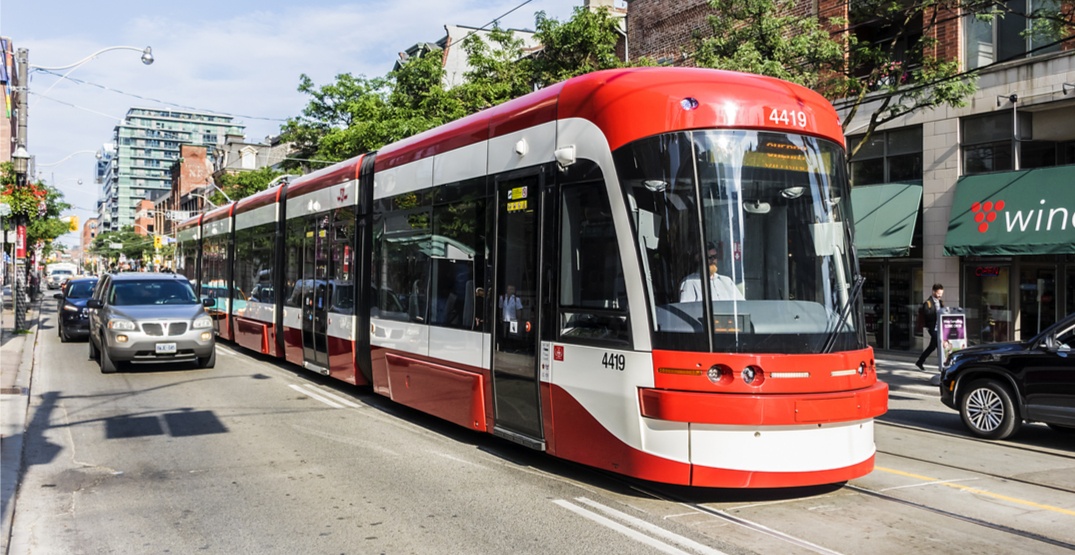 The City of Toronto is replacing the streetcar track along Queen Street West from Bay Street to Fennings Street this week.

Construction work upgrading a portion of a 100-year-old water main between Bay Street and University Avenue will begin the week of July 12. Completion is expected by December 2021.

The City said in a release it would try to reduce the impact on residents and local businesses by completing construction in eight phases of rolling 300-metre work zones.

Each phase will last up to four weeks, and crews will be working 24 hours a day, seven days a week. Excavation activities and heavy breaking will be at various times throughout the day. Concrete-breaking work will typically take place during the first two to three days of each phase of the construction.

Because of the limited right-of-way on Queen Street West, there will be no vehicle access within any 300-metre work zones. The 501 and 301 Queen streetcars will be diverted.

Busses will operate through the downtown area as far east as the Broadview and Queen intersection and turn back via Broadview, Gerrard, and River. Queen Street buses travelling both ways will be diverted around the construction zone via streets running parallel to Queen Street.

Additionally, curbside and sidewalk cafes will not be permitted when construction is taking place in front of a restaurant.

The City is advising the public to plan travel and consider alternative routes.