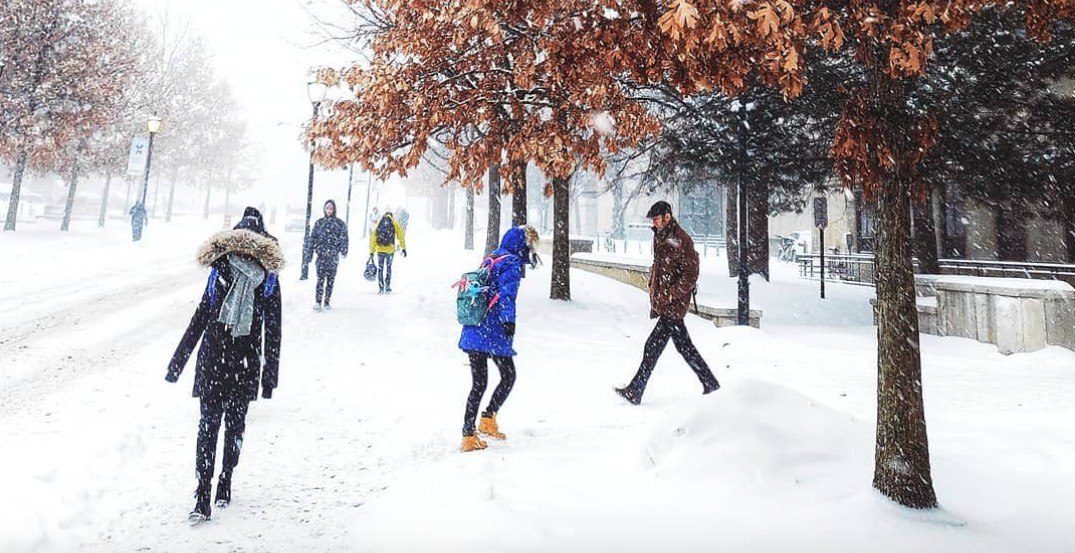 But that wasn’t exactly the case earlier today when U of T declared that evening were cancelled due to the winter storm. The university tweeted out the news this afternoon.

Due to severe weather conditions, all classes, labs, tutorials, tests and other course-related activities on #UofT St. George campus are cancelled tonight as of 6 p.m. The campus remains open. An update will be posted by 6:30 a.m. on Tuesday, January 29, 2019.

Many students were disappointed with the late announcement, saying that they were already commuting to class.

Would’ve been nice if students were informed earlier. Many students were already in class by the time they found out. Many will have to leave the house before 6:30am to make it to class tomorrow. Students deserve better.

It would have been better to do this earlier. Visibility on roads was already fairly bad at 2-3pm. It would have saved a lot of traffic congestion around rush hour, especially from people coming from further away off the subway line. #safety

This announcement should have been made hours ago. U of T is heavily comprised of commuters, and we now have to turn around and commute back home again in dangerous conditions and rush hour traffic.

You could have done this earlier in the day. 🥶😡

Weather updates for all campuses can be found here.

Monday’s storm led to city-wide closures and massive delays at the airport, with hundreds of flights grounded as snow blanketed the region.