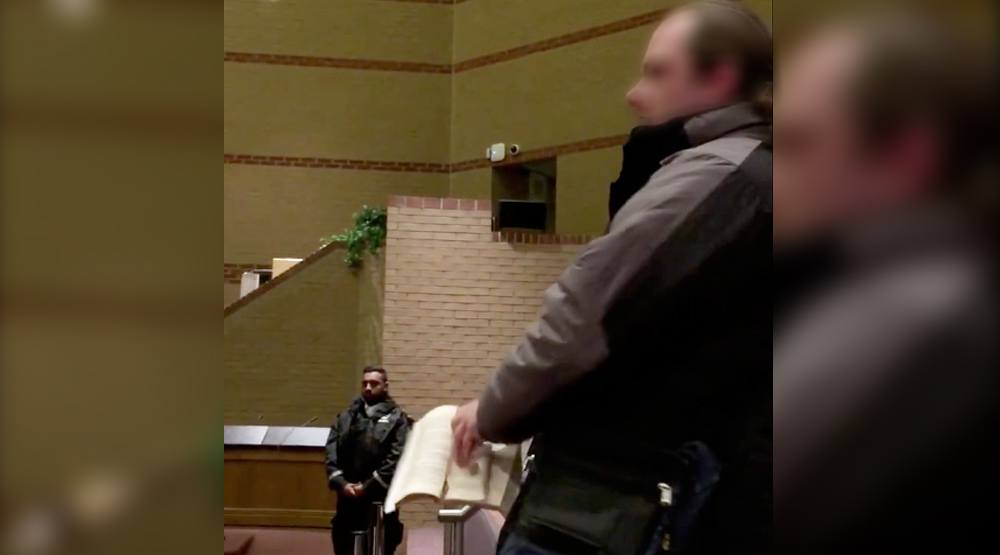 Just a week ago, the House of Commons passed Bill M-103 condemning Islamophobia and forms of systematic racism and discrimination.

The scene inside a Peel District School Board meeting that same week shows why such a bill may have been needed in Canada.

On March 22, the school board’s meeting included an agenda item regarding religious accommodation​ at schools.

“The Peel District School Board has launched a direct, clear set of Key Facts on religious accommodation. The new fact sheet responds to misinformation and errors that have been shared in the community and on social media,” states a press release from the School Board.

In the release, the board responds to misinformation or misunderstanding by some members of the community. It created a new religious accommodation fact sheet outlining the following:

But some were unhappy with the board’s decision.

“In the midst of appreciating a superintendent for their 25 years of service, members of the meeting demanded that their petition to ban “Islamic prayers” from schools be heard immediately,” wrote Syed Imam, who was at the meeting, in a public post. “The rest was chaos.”

Imam began to film an anti-Islamic protestor, who ripped apart pages of a Qur’an while a woman is heard saying, “Shame on you” multiple times. The video has had over 153,000 views, and was picked up by Qatar-based international news agency Al Jazeera.

“No one at that meeting had any objection to religious accommodation that was not based on a hatred of Islam, and fostering a deeper hate will create more tension in the future,” wrote Imam.

While the anti-Islamists at the meeting yelled hateful statements, the school board states that there is a legal requirement for the board to allow religious clubs at the request of students, and that the Ontario Human Rights Code has precedence over any other Code or Act.

“It has been frustrating and disheartening to see what is often hatred and prejudice towards a single faith group disguised in a supposed campaign about religion in schools,” stated the board. “No one has expressed concern about school-wide celebration of Diwali, or that we provide vegetarian options in food, or post posters acknowledging all major faith days, including Christmas. This is a campaign against Islam — counter to the laws of the Country, the Ontario Human Rights Code, and our board values.”

The Chair of the Peel board, Janet McDougald called the misinformation regarding religious accommodations unacceptable.

“We are appalled by the anti-Muslim rhetoric and prejudice we have seen on social media, read in emails, and heard first-hand at our board meetings. It has caused some of our students to feel unsafe, to feel targeted,” said McDougald in a press release. “We must not allow hatred toward any faith group to flourish. We will not stand for that. It is not consistent with our board values, with our role as trustees, or for us as Canadians.”