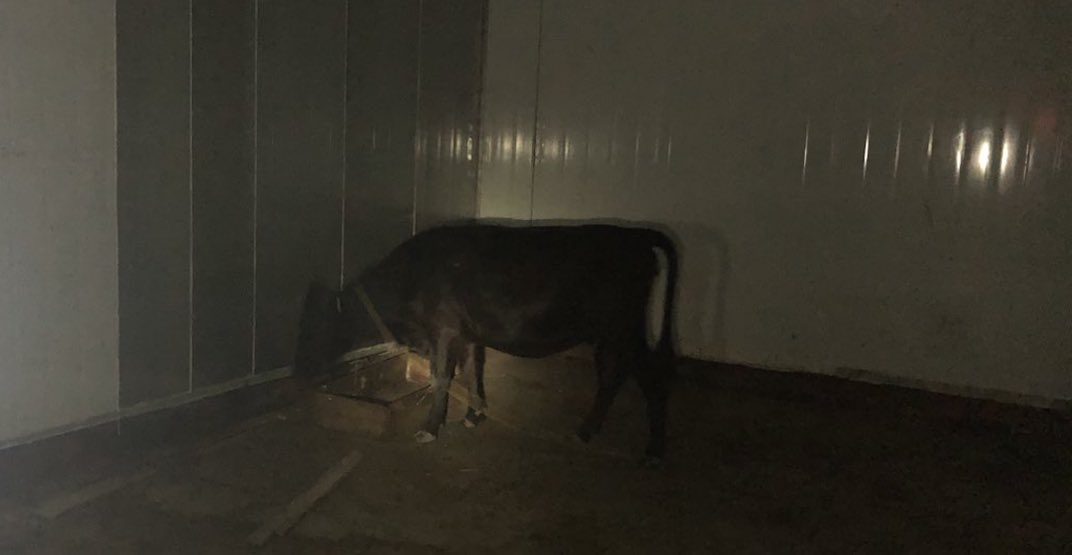 It was a busy Tuesday night for Peel Regional Police officers after three cows were found roaming a roadway in Brampton.

Peel Regional Police said they received calls around 10 pm regarding a group of cows wandering in the middle of the road in the area of Clarkway Drive and Mayfield Road in Brampton.

When officers arrived at the scene, they tweeted “animal control en route to help us moooove them along.”

DANGEROUS CONDITION:
– In the area of Clarkway Dr/Mayfield Rd in #Brampton
– It’s not a couch
– Two cows are walking in the middle of the road.
– Animal control enroute to help us moooove them along.
– Sorry, couldn’t help myself
– Call received at 10:08pm
– PR19-0242338

Police tweeted a short video of officers using spotlights to help them keep track of the cows as they tried to wrangle them in a field. Officers also confirmed there were two adults and a calf.

UPDATE:
– We’re still trying to wrangle the cows.
– Two adults and a calf.
– This is definitely a first for me pic.twitter.com/QacH0DwzGl

Almost three hours after police received the initial call about the cows, officers said they managed to wrangle one of the cows, while the remaining two were still “outstanding.”

However, the animals’ owners said they were confident the cow would call over the other two and everyone would be reunited.

UPDATE:
– We’ve managed to wrangle one of the cows
– Other two are still outstanding
– Owners are confident that this cow will call over the other two & everyone will be reunited
– What a night it’s been
– Something new everyday#Policing #ItsMoreThanYouThink #ConsiderTheCareer pic.twitter.com/snG4MMfL6h