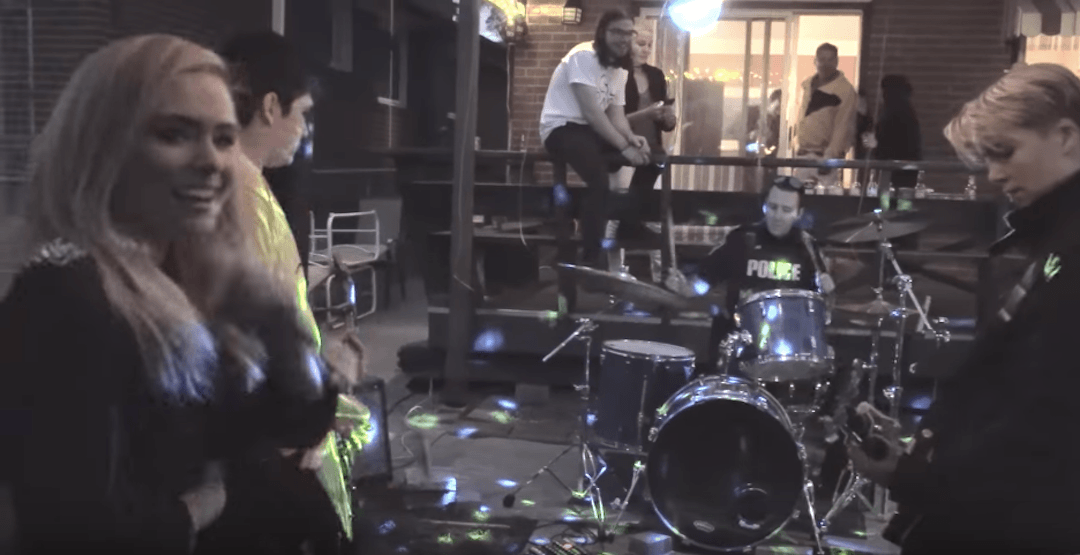 Nothing kills a party buzz like police showing up after a noise complaint.

But on Saturday night in Mississauga, a noise complaint got the party started. Sort of.

Local young band Vinyl Ambush were playing a small show when Peel Police stopped in because someone had complained about the noise.

After the visit regarding the complaint, vocalist Belle Matthews and the rest of the gang, Corwin Bjelic, Jack Laing, Anthony Borges Caetano and Pedro Alvarado, got a bigger surprise when one of the Peel officers joined in the jam.

“Vinyl Ambush played a private event last night and it wasn’t long before the Peel Police showed up,” wrote the band. “We thought the show was over but much to everyone’s delight, they joined in for an incredible jam session.”

“They were so impressed by the band instead of putting a stop to the show they wanted to join in then offered the band words of wisdom. Talk about community outreach,” said the band. “Many thanks to Peel Region Police for making it such a fun and memorable night for the Band and everyone there.”

The beat goes on… #PRP responded to a noise complaint and jams with a local band. @Bellematthews #AllQuiet #OneCommunity https://t.co/W9KZP8Xe7Q

Check out the video, which has been viewed over 250K times already, and the Peel police officer rocking out on the drums below.