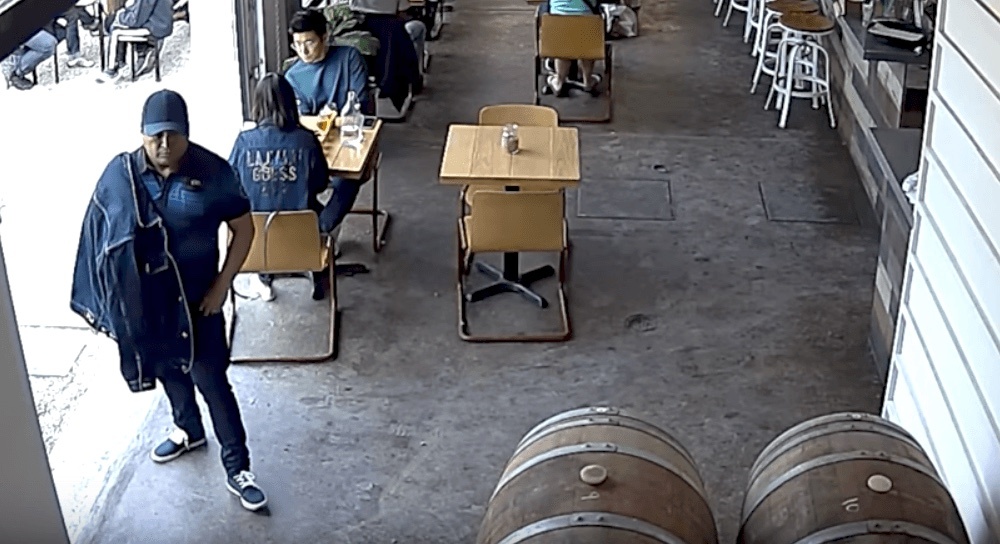 On Saturday afternoon, a Toronto thief was busy at work at west end brewpub Bandit Brewery.

A minute and a half long video uploaded to YouTube by user Areum An shows a man placing his coat suspiciously over his shoulder to act as a blinder while he hangs out next to a table where a young man and woman are enjoying some afternoon drinks.

After some hesitation and pacing around, the man then clearly lifts the woman’s purse from the back of her chair and takes off.

Beneath An’s video is the following statement:

He stole my bag.

I and the owner of this bar called police.
He was looking for a target in the bar for few minutes.
He just came by that bar for stealing.

If you know him, tell me.

I was in the bar (Bandit brewery) from 4pm to 6pm. My bag was on the chair which I was sitting on.. When I tried to pay, I noticed that my bag disappeared.
There were wallet, passport, student visa, sin number certification, drive license, credit card, debit card, sunglasses, student’s id card, earphone and iphone 6 which I used….

Watch the video below and if you recognize this man please notify Toronto police.