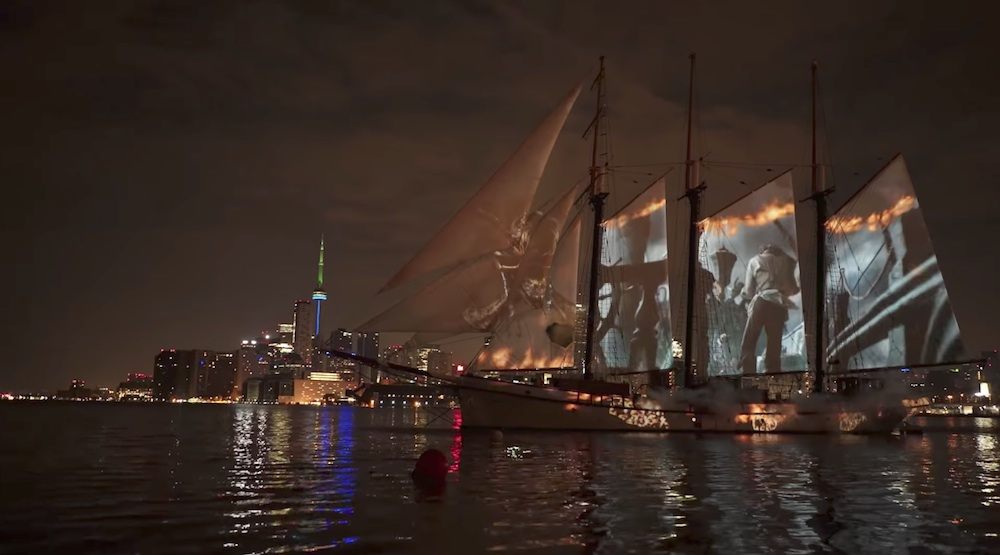 A recent publicity stunt in Lake Ontario that used the downtown Toronto skyline as a backdrop is a testament to Toronto’s growing position as a major international market for advertisers.

A video posted onto the studio’s Facebook page on Saturday shows extensive projection mapping work on the ship’s port side. Fiery flames and scenes of pirates battling deadly ghosts from the upcoming film are projected onto the giant sails and hull of the vessel.

The fifth instalment to the cinematic series based on the iconic Disneyland will be released in theatres this Friday, May 26. It stars Johnny Depp and Geoffrey Rush as well as the return of Orlando Bloom and Keira Knightley.

Filming began in Australia in early-2015 and ended in Vancouver in spring 2016.