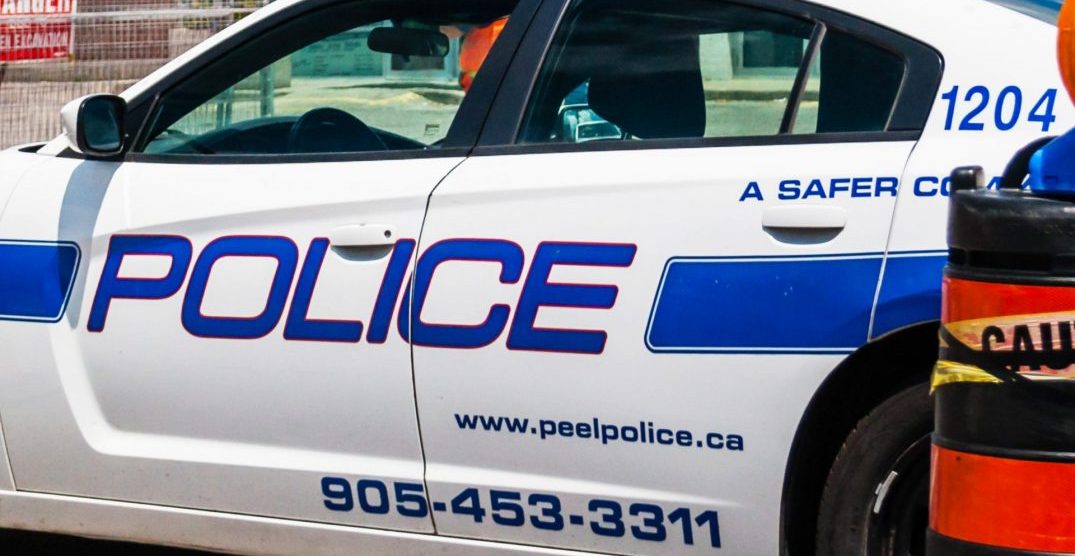 Peel Police have arrested one of the men who was allegedly involved in a series of ATM thefts that first began in Brampton in 2019.

Region of Peel Officers from the 21 Division Break and Enter Unit first began investigating the incident on November 15, 2019 after two suspects attended a grocery store in the area of Airport Road and Countryside Drive in Brampton.

Peel Police say the suspects were driving in a stolen GMC Yukon SUV when one suspect entered the locked vestibule area and hooked a long cable around an ATM before the driver drove away, pulling the ATM off the ground and taking the cash from inside.

Investigators also say that the suspects attended a gas station in St. Thomas on November 21, 2019 and then a grocery store in the town of Collingwood one day later.

On November 22, 2019 the suspects also attended a variety store in the Township of Nottawa.

“They were able to steal two of three ATM’s,” the police said.

Joel Sault, a 35-year-old man from Ohsweken, was arrested on May 7 and charged with four counts of break-and-enter. He will attend the Ontario Court of Justice later in July.

The second alleged suspect has been identified but, remains at large with the investigation still ongoing.

Police say that the stolen vehicle used in the break-ins was taken from Milton and recovered on the Six Nations Reserve.

If you have any information contact 21 Division Criminal Investigation Bureau at 905-453-3311 ext. 2133. Information may also be left anonymously by calling Crime Stoppers at 1-800-222-TIPS (8477), or by visiting peelcrimestoppers.ca.