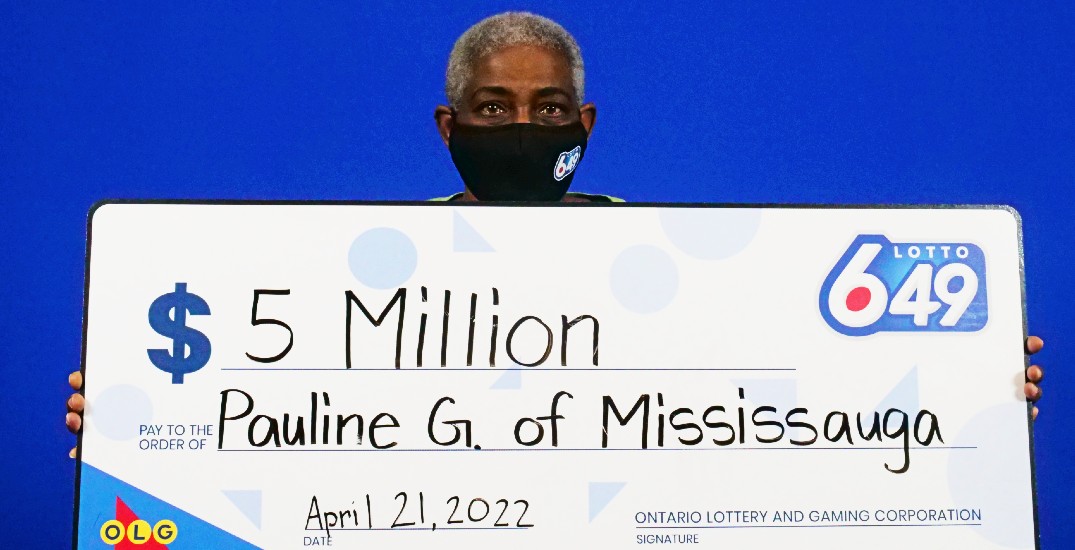 Who would you call the moment you find out that you won the lottery?

Retiree Pauline Gadsby, 76, said that she plays the lottery for fun, so it came as quite a shock when she hit the jackpot. She found out that she won the February 2 Lotto 6/49 draw and the prize: a life-changing $5 million.

For Gadsby, a Mississauga resident, there was no doubt in her mind about who she was going to share her big moment with.

The reality probably took a while to sink in (understandable) because after learning about her big win, Gadsby made sure to check her ticket with her daughter.

“I was in complete shock! I couldn’t believe what I was seeing,” she said while at the OLG Prize Centre in Toronto to pick up her winnings. “My daughter is my best friend, and I was happy to share this moment with her.”

Gadsby plans to save and invest her win.

“It’s amazing. You never think you are going to win when you play,” she said. “I play for the joy, and to actually win seems unreal.”

The winning ticket was purchased at Malton Variety on Brandon Gate Drive in Mississauga.

Another lucky Mississauga resident recently won $7 million in the lottery.

Julian Richards became one of the city’s newest multimillionaires when he won the jackpot of $7,102,956.40.

He said he plans to buy property for his children so they can live “close together.”

“I want to babysit for them and watch my grandchildren grow up close to me,” said Richards. “I will also share some of this win with my mom and take some time to travel.”

The winning ticket was purchased at Metro on Erin Mills Parkway.