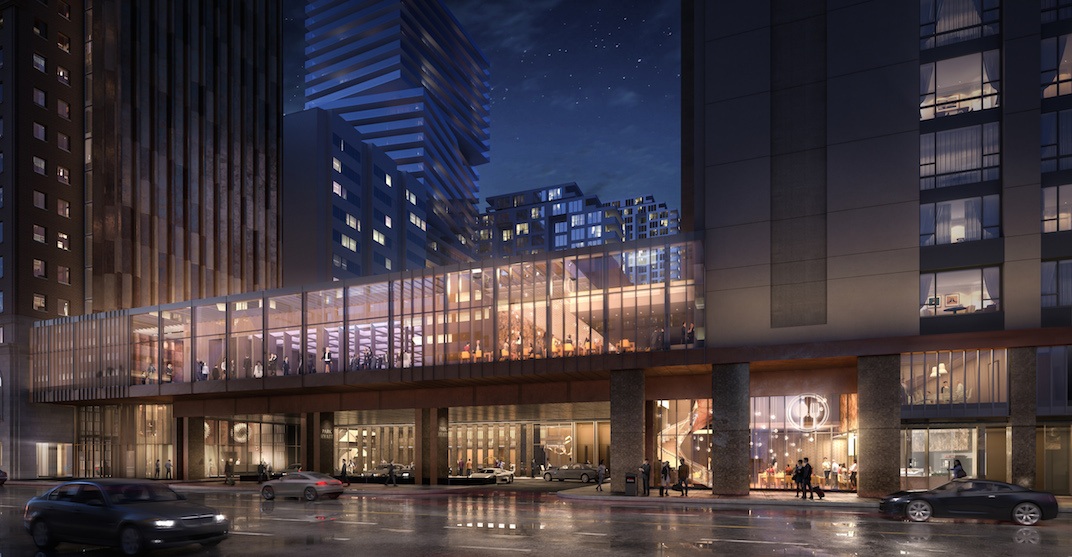 Major changes are coming to the city’s most stylish neighbourhood, as the towering Park Hyatt Toronto undergoes a major redevelopment that will see it feature a mixture of hotel rooms and residential apartments.

Known as one of the most iconic addresses in Toronto, the hotel will be fully modernized and its buildings will be restored to their true landmark status.

There will also be 40,000-sq-ft of high-end retail and restaurant options housed throughout the complex in addition to a 219-luxury Park Hyatt hotel in the site’s North Tower. 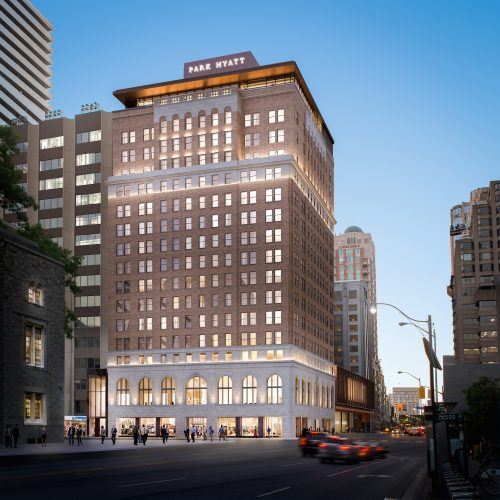 Following the renovations, which are already underway, the South Tower will be “completely retained and restored, making it the first high-rise in Toronto to be totally retained in an adaptive re-use project, preserving it for generations to come,” according to Oxford Properties Group, the global real estate team behind the project.

The interiors of both the residents and hotel will feature local Canadian material including limestone flooring sourced from Owen Sound.

“The design of Park Hyatt Toronto and The Residences at Two Avenue Road is rooted in creating a true sense of place by connecting the iconic experience with Canada’s undeniable beauty,” said Alessandro Munge, Principal of Studio Munge, the designers of the project.

“With this fundamental principle, we found inspiration in the Group of Seven who also drew from nature. We admired how they captured their surroundings within art, and we evolved this concept into its design,” added Munge. 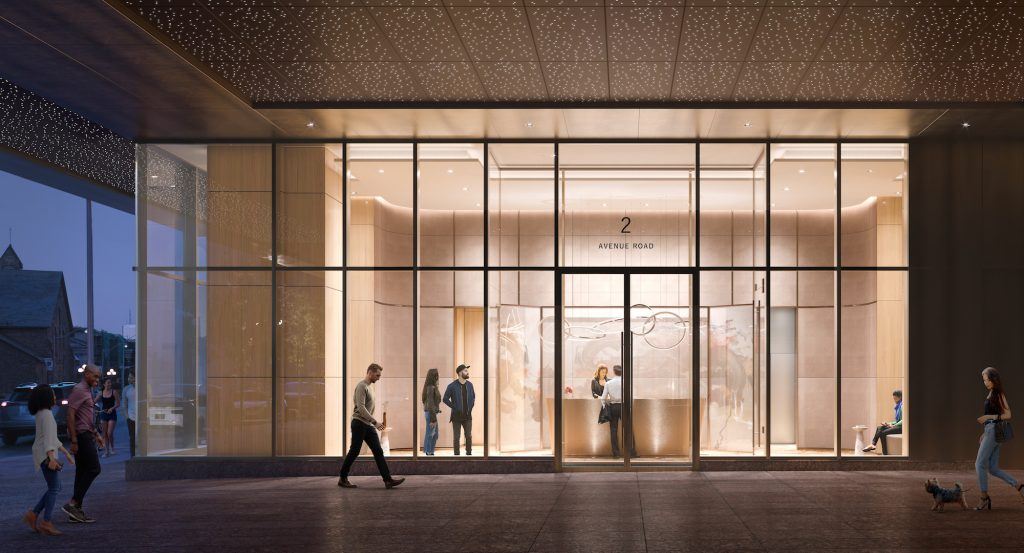 The residences at Two Avenue Road will feature 65 one-and two-bedroom rental apartment units, including five penthouse suites, which will range between 900 and 1,800-sq-ft.

Residents will also have access to the hotel’s newly renovated rooftop lounge and outdoor patio space. 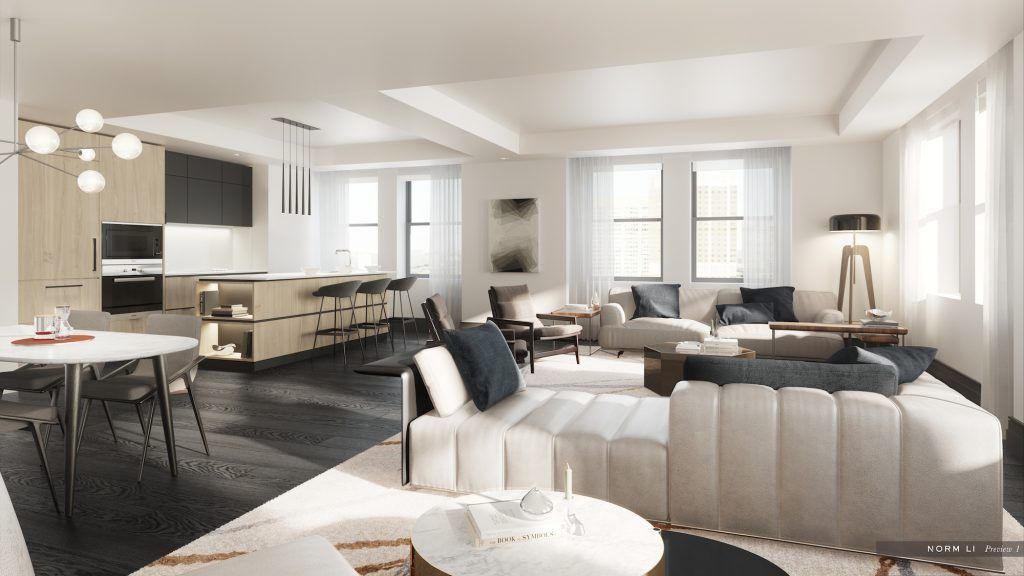 The building’s hotel tower will include 38-suites, including a presidential and two multi-level suites, a redesigned lobby experience and a new 8,000-sq-ft Stillwater Spa with 13 treatment rooms.

Other additions to the hotel include an expanded multi-level podium that will house the lobby, a ground-level upscale 10,000-sq-ft restaurant with a roof deck overlooking Yorkville, and ample meeting and event spaces, including a new, 600-person capacity ballroom. 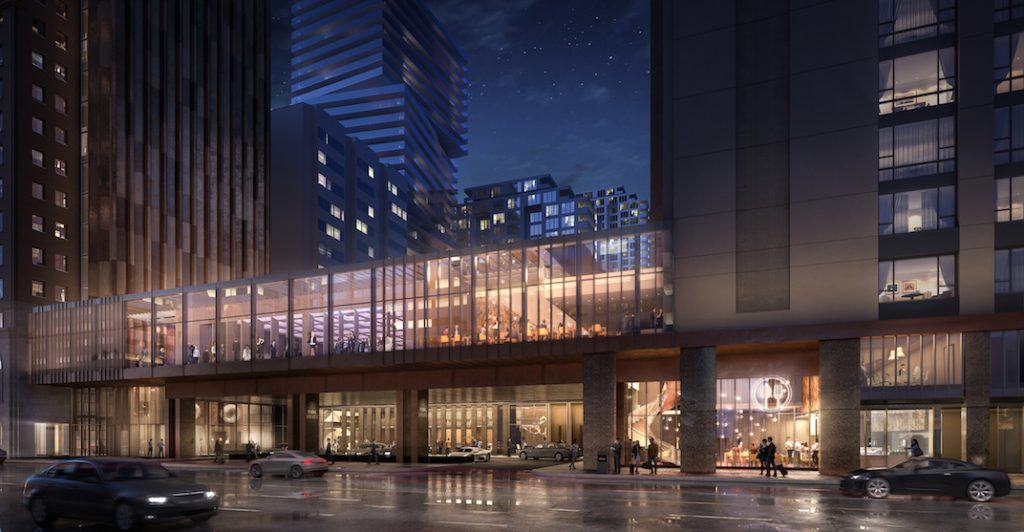 Additionally, the complex will serve as a one-stop shop for residents and visitors alike, as it will house two-levels and 20,000-sq-ft of retail space in the restored heritage South Tower.

“Our plans for the Park Hyatt hotel restore it to its intended original purpose when the building first opened in 1936 as a mixture of hotel rooms and residential apartments,” said Mark Cote, Head of Development, Canada, at Oxford Properties.

“We’re proud to be updating another world-class landmark to Toronto that has a strong focus on Canadian-sourced materials. Park Hyatt Toronto is one of 12 outstanding development projects we have underway across Canada from Vancouver to Quebec City that will deliver exceptional experiences for our customers and communities,” added Cote.