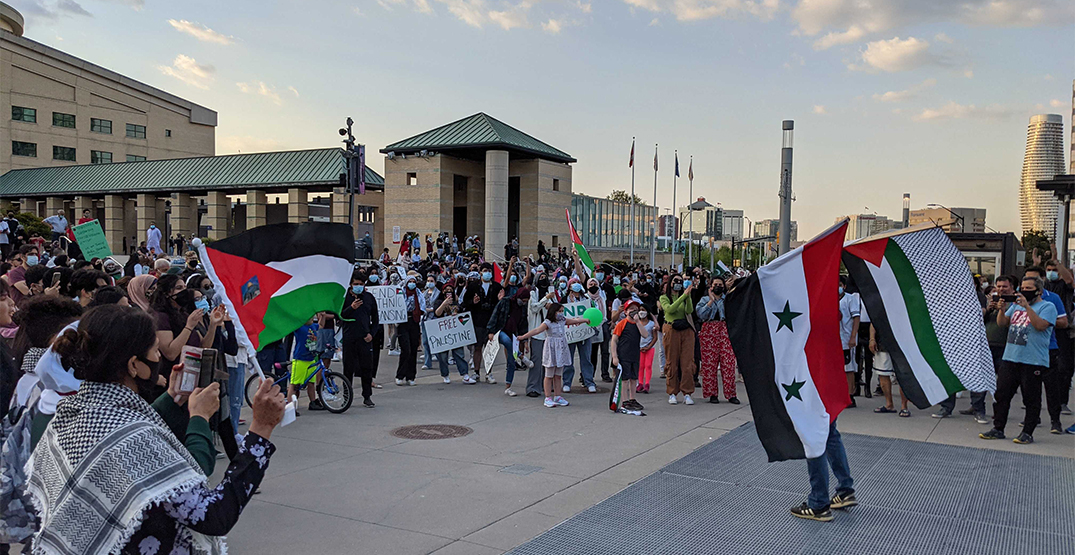 Thousands of people attended a rally in Mississauga showing support for Palestinians as casualties in the Middle Eastern state grow following Israeli strikes.

Pro-Palestine demonstrators gathered at Celebration Square on Tuesday evening and eventually moved to Burnhamthorpe Road where they temporarily blocked traffic. 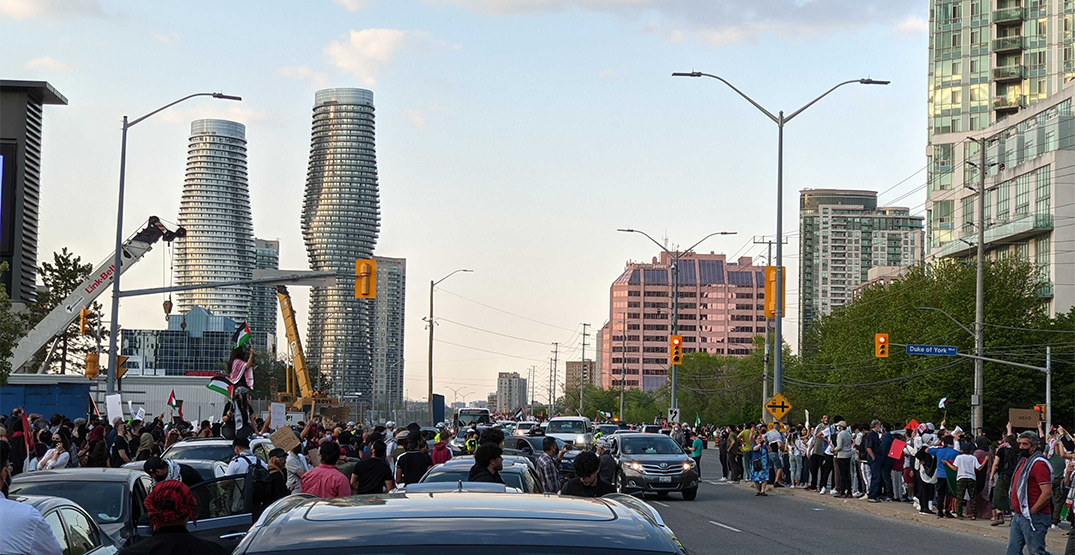 The conflict between Israel and Hamas has escalated this month after Israeli forces evicted Palestinians from a neighbourhood in East Jerusalem called Sheikh Jarrah.

Israeli strikes this week have levelled residential buildings and an office tower containing a bureau of the Associated Press in Gaza. More than 200 Palestinians have been killed, including dozens of children.

Twelve people in Israel, including a young boy, have been killed by rocket strikes from Hamas, the militant group that controls Gaza. 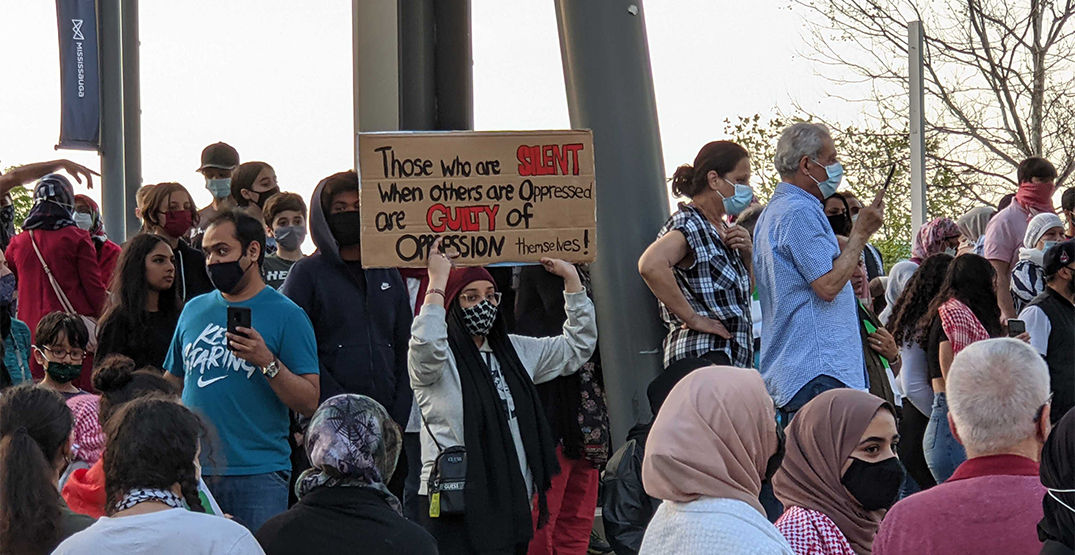 The Mississauga rally was organized by the Palestinian Canadian Community Centre, which called on supporters to condemn “the ongoing ethnic cleansing of our people in the homeland.”

We’re calling for mass mobilization in Celebration Square, Mississauga, on TUESDAY at 7:00 p.m., in the heart of the Palestinian community of the GTA, to protest the ongoing ethnic cleansing of our people in the homeland. Social distance in effect. Liberation is within our reach. pic.twitter.com/Mkck4yNOGF

The demonstration coincided with the Palestinian general strike, where people in Gaza, the West Bank, and Israel refused to work in protest of Israel’s occupation of Palestinian territories and the violence. 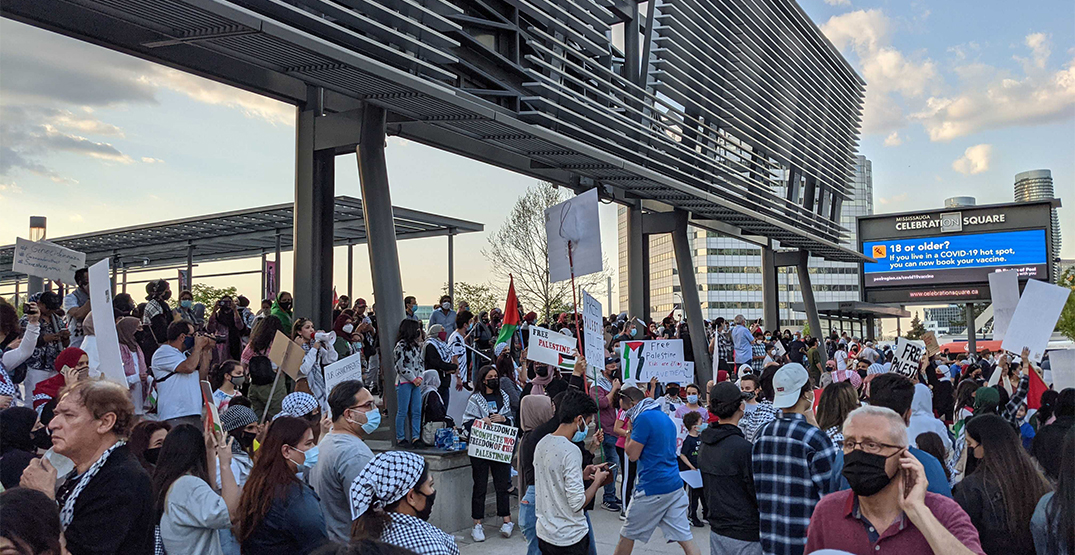 At a news conference Tuesday, Prime Minister Justin Trudeau said Canada would work with the international community to de-escalate the situation.

“My thoughts go out to the Israelis and Palestinians for the violence surrounding them right now,” Trudeau said. “It needs to stop. That’s why Canada is calling for a ceasefire.”