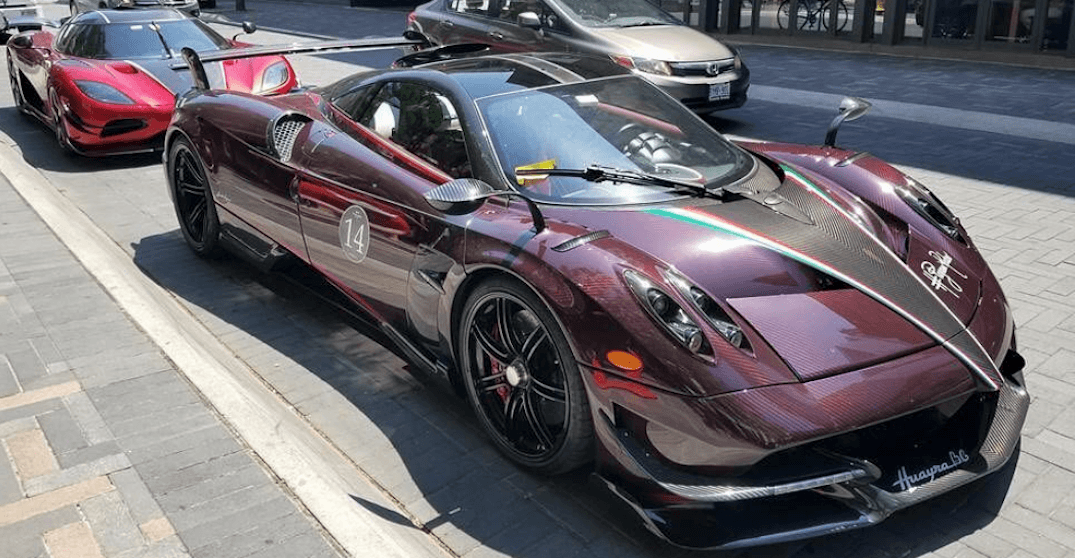 It was quite the sight for exotic car lovers in Toronto. A rare red carbon Pagani Huayra BC Kingtasma parked on the streets of Yorkville.

The Pagani Huayra has Connecticut plates, and the vehicle and its owner are currently in Toronto for the North Face Rally. But clearly the city’s parking enforcement doesn’t care.

The pictured vehicle had a visible parking ticket, because it’s downtown Toronto, and it doesn’t matter if you own a car worth over $3 million. (So the parking ticket is likely around 0.00001 the cost of the car it’s sitting on.)

And that is roughly the estimated cost for one of these.

The North Face Rally will be heading to Montreal from Toronto on Thursday, before several other routes between major cities, and concludes on July 9 with a drive from Washington, DC, back here to Toronto.

Hopefully they pay for parking properly this time.

Check out these photos of the million dollar (plus plus) car around Toronto.

Here’s the photogenic car in front of Casa Loma…

And on the streets…

And with an excavator in Toronto…

And in front of some mansion in Brampton… yes, Brampton.

And one more time, here it is in Yorkville with that popular yellow Toronto slip.