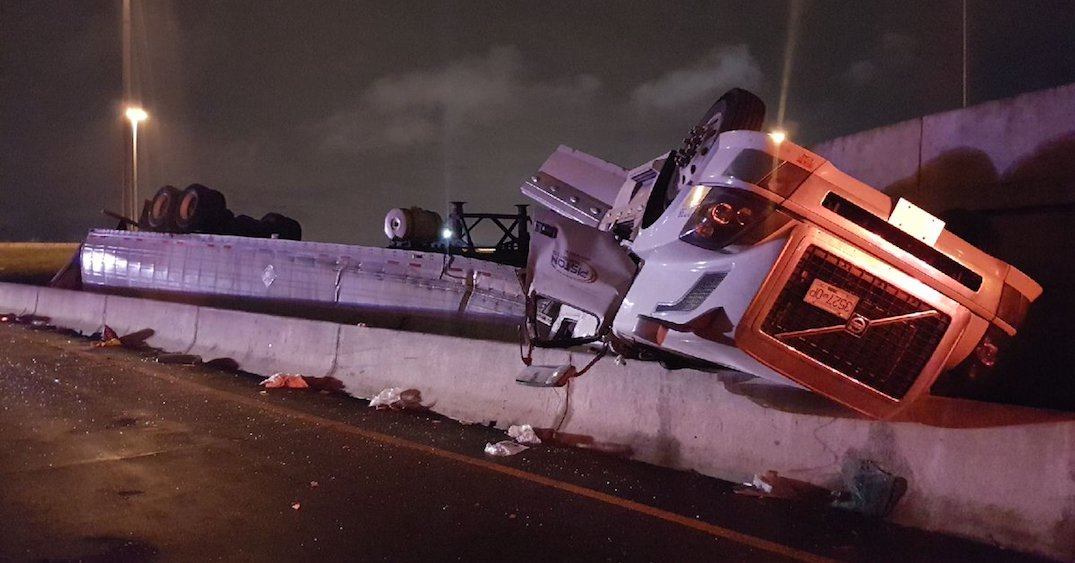 There were no fatalities after a tractor trailer rollover on highway 427 on Friday morning, according to the OPP.

Police say that around 3 am, a truck was travelling on the southbound lane of the 427 when it rolled over near the Dundas Street exit.

There were two occupants in the truck, a male and a female, and the female was ejected from the vehicle. Both sustained minor injuries.

The truck’s trailer, which was loaded with strawberries, was completely compromised, according to OPP Sgt. Kerry Schmidt.

Schmidt said there was debris everywhere, and called the scene an “absolute disaster.” Although, he said it also could have been much worse.