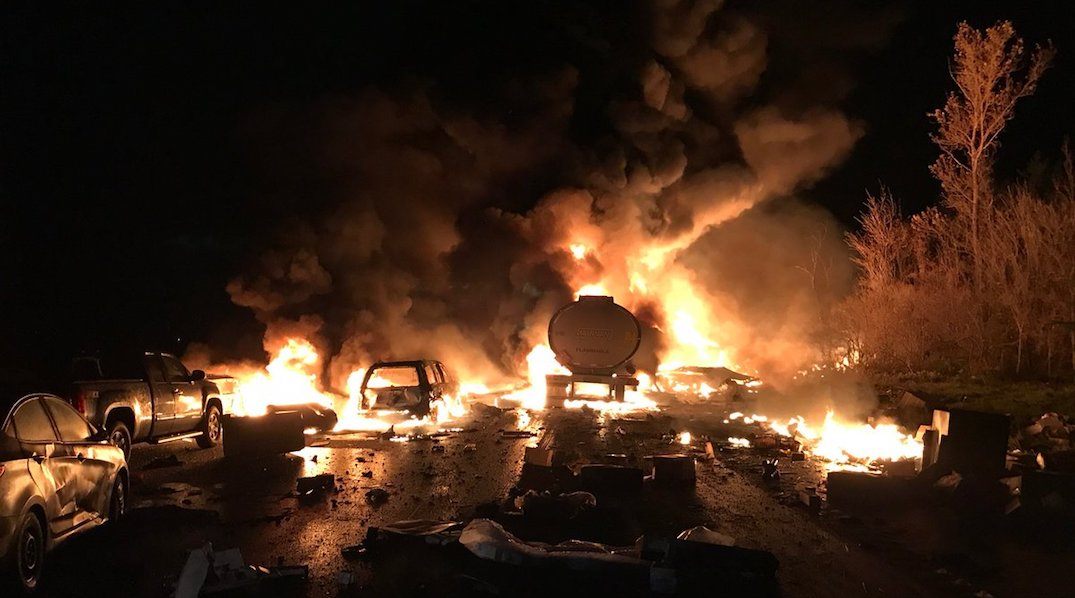 Multiple fatalities have been reported following a fiery 14-vehicle accident on Highway 400 on Tuesday night.

According to OPP Sgt. Kerry Schmidt, there were fuel tankers, fires, explosions, and “absolute carnage and devastation across the Northbound lane between Highway 88 and 89.”

The OPP reported at least two fuel tankers that were hauling fuel burnt at the scene, causing massive fireballs.

“Pretty much every vehicle in this area has been burnt to the ground,” said Schmidt.

Investigators are on scene, which Schmidt has described as “horrific.”

“I would say it’s the most incredible scene I’ve ever been to with the damage and destruction,” he said.

OPP expect the highway to be closed all day in both directions.

#Hwy400 closed NB and SB between 88 and 89. Multiple fatalities, 14 vehicles including 2 fuel tankers and 3 transport trucks
Closure all day pic.twitter.com/tAAkLbKSz1

#Hwy400 sad sad scene seconds after the initial crash from where we were standing pic.twitter.com/HigogLDSsD