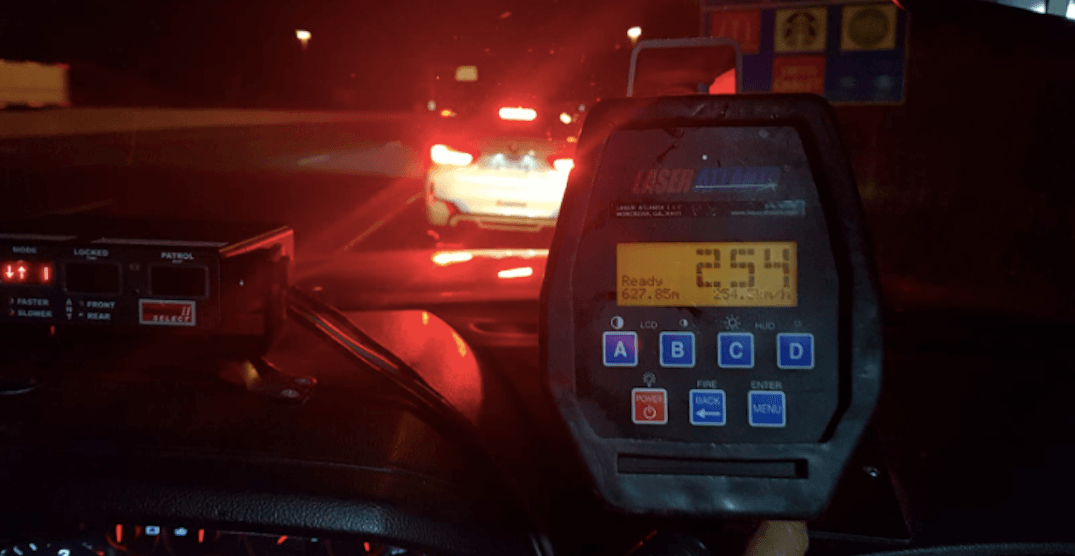 Two GTA drivers had their vehicles impounded after being caught speeding at more than 225 km/h.

The drivers were caught within hours of each other, according to OPP Sgt. Kerry Schmidt’s tweets.

Schmidt said that the first driver was clocked at 227 km/hr on the 401 in Whitby on Thursday afternoon.

“That is ridiculously fast,” he said.

The 20-year-old driver lost his privilege to drive.

And on Thursday evening, OPP caught another driver going 254km/h on Highway 403 in Mississauga.

Police say the 19-year-old male from Oakville was “out for an evening drive” and his license was suspended.

The OPP say that recently, there have been over 450 “Street Racing” charges in the GTA this year.

254km/h 😮 on #Hwy403 in #Mississauga. 19 year old Male from Oakville out for an evening drive.#7DayLicenceSuspension #7DayVehicleImpound #SlowDown pic.twitter.com/U6AGJflwVs