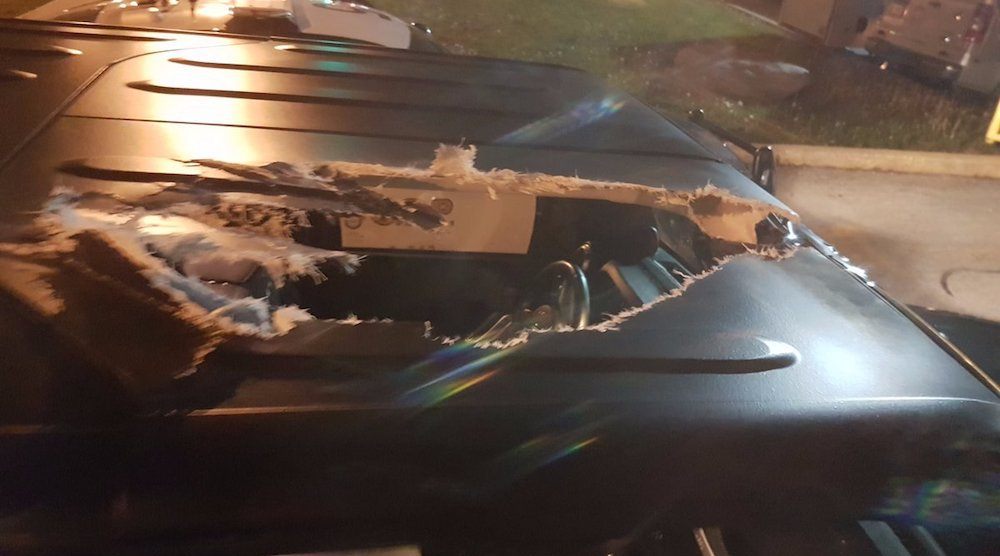 A 32-year-old man has been arrested and charged with three counts of mischief endangering life after incidents of tossing cement into traffic in Toronto.

OPP Sgt. Kerry Schmidt said there were three separate incidents reported of cement being tossed, the first on Sunday when it was thrown onto the 401 at Progress Avenue in Scarborough. The cinderblock hit a vehicle below, which was damaged although there were no reports of injuries.

Looking for witnesses who saw a man throwing cement off of Yonge St/Warden Ave/ Progress Ave onto Hwy 401. This is deadly and needs to stop! pic.twitter.com/byLsd8R0Dz

Then on Wednesday, two more cement tossing incidents occurred, one on the 401 onto Yonge Street, and the other at Warden Avenue onto the 401.

The OPP appealed to the public for any information, and a tip eventually lead to the arrest of the man, according to Sgt. Schmidt.

“My thanks to the public, to the media for bringing this matter to a very quick end. We are grateful for the cooperation of everyone involved,” said Schmidt. “Had this continued, it would be only been a matter of time before someone would have gotten killed.”

The man’s name has not yet been released.