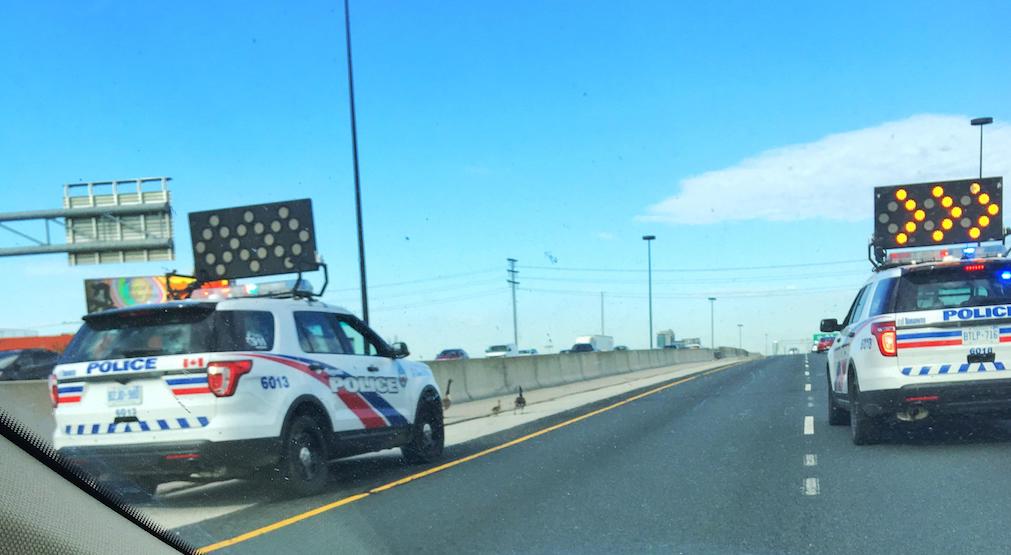 It wasn’t your typical traffic jam on the Gardiner this morning.

Earlier today, Toronto Police reported that the Gardiner was closed westbound at Kipling. The closure was because there was a family of Canada geese in the middle of the highway.

They soon moved to the collectors lane, which was also closed:

Update:
Geese are in Collectors and the Express is now open. Collector is now closed at Browns Line ^js

Update:
One lane blocked in the Collectors at this time. ^js

The good news is a couple of hours later the geese were escorted safely off the highway.

But in case you were wondering why the Gardiner was closed earlier, now you know. It was Canadian geese.