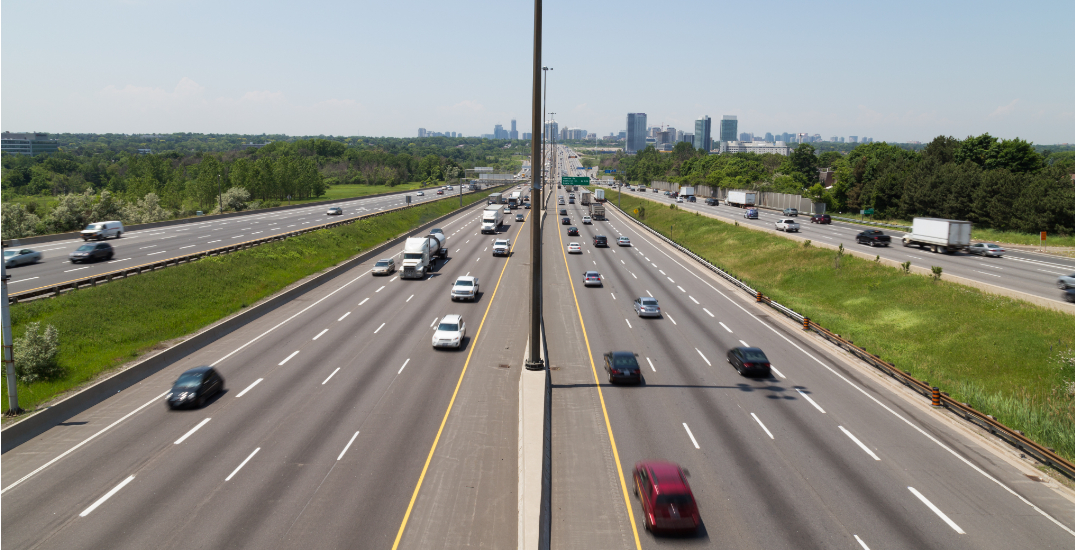 Almost half of Ontarians either support building Highway 413 or would accept its creation, a new survey has found.

In addition to questions about pay freezes in the public sector and their desire for change, respondents were asked about their stance on Highway 13.

According to the survey, 47% of Ontarians either support or “can accept” building Highway 413. Thirty percent of respondents were opposed to its construction, while 22% said they were unsure of their position.

In Metro Toronto specifically, 48% of respondents either supported the highway’s construction outright or were accepting of it, while 28% were in opposition.

The figures remained fairly consistent across the province. In the rest of the GTHA, 51% of those surveyed supported or could accept the highway. Thirty-one percent were opposed. 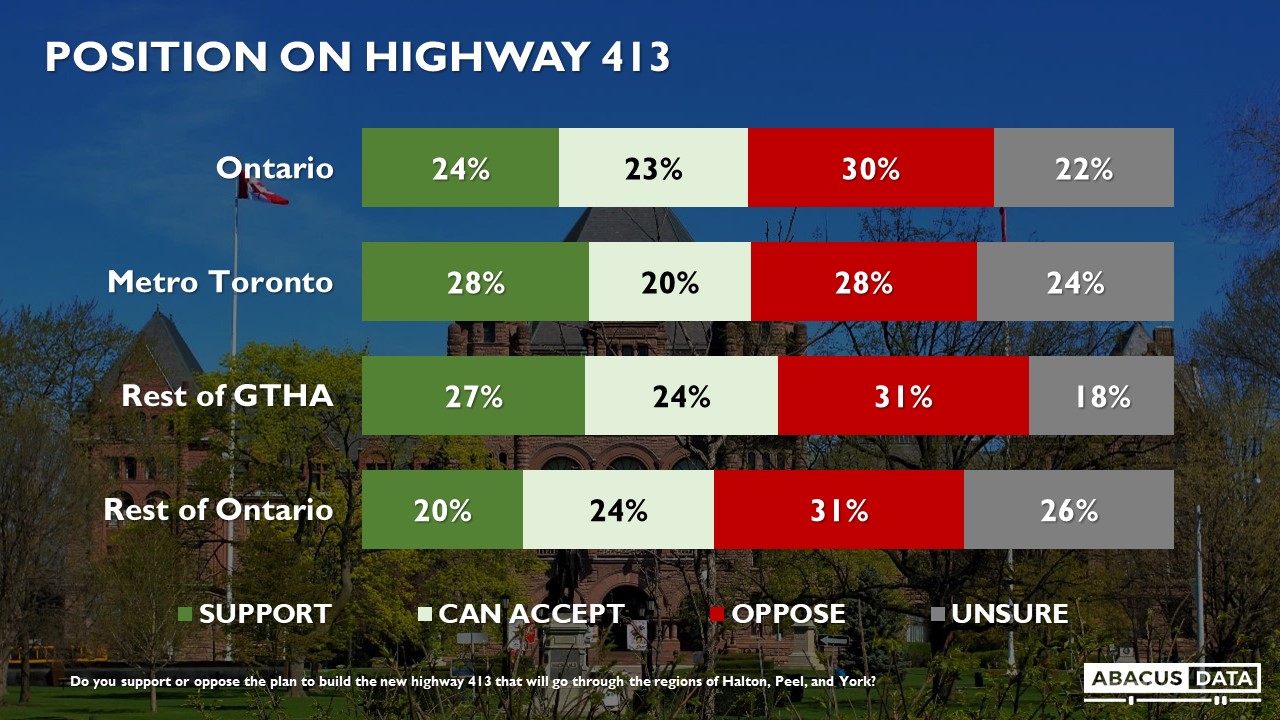 Voters who oppose Highway 413 were almost evenly split in their support for either The New Democratic Party, led by Andrea Horwath, or Steven Del Duca’s Liberal Party.

Highway 413 is a proposed six-lane highway that would connect the regions of York, Peel, and Halton. The 59-kilometre-long transit corridor would stretch from Highway 400 in Vaughan to the Highway 401/407 ETR interchange near Mississauga and Brampton.

Also known as the GTA West Corridor, the highway was first considered in 2005 but was shot down by the government of former Premier Kathleen Wynne. The Ford government revived plans for the highway in 2018.

In March of 2022, Mississauga and Brampton City Councils voted to formally oppose the project due to the negative environmental impacts it could have. Other municipalities, including Halton Hills and Orangeville, have passed similar motions.