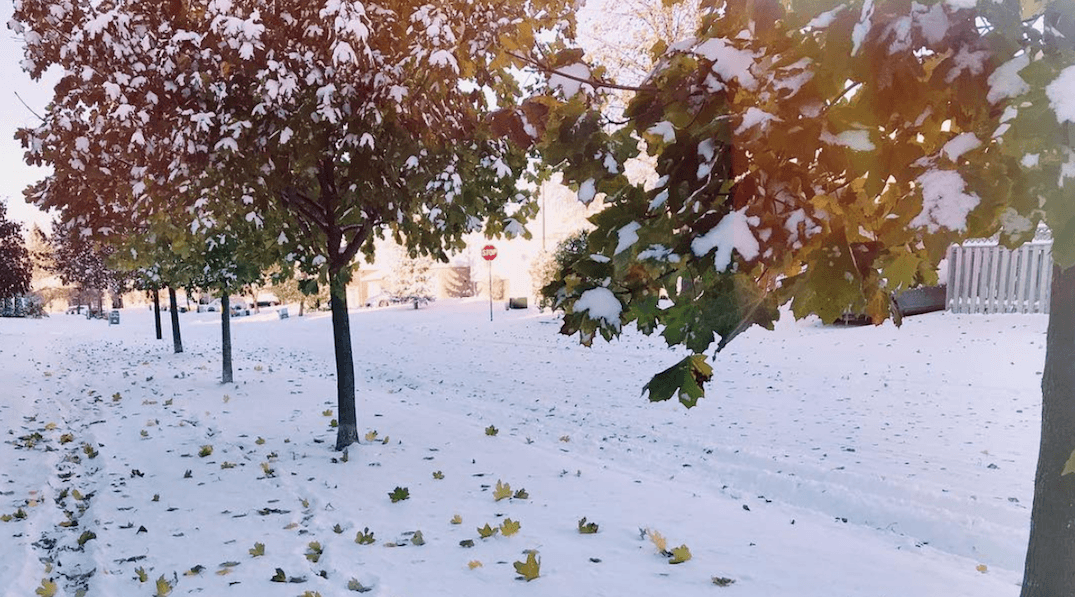 Fall or winter? How about both? (sbutlerrrr/Instagram)

While Toronto may be cold this morning, it was spared the snow squalls that hit parts of Southern Ontario on Thursday night.

As forecasted, a cooldown brought with it snow showers and snow squalls to parts of the GTA. Additionally, the City of Toronto issued an extreme cold weather alert, which is in effect until noon on Friday.

The crippling cold was accompanied by snowsqualls last night in the Barrie area, which saw its first snow fall of the season.

According to the Weather Network, the burst of winter weather continued Friday morning, and during the morning commute, the snow will slowly drift to the west, impacting parts of the northern and eastern GTA, as well as the 401 and 402 in the London area.

These conditions should get better throughout Friday, and will warm up for the weekend.

In Toronto, the weather is expected to reach 5°C by Sunday, and will get even warmer throughout the week, with rain also forecasted.

But there definitely was no rain in Barrie last night. Check out these photos from the city’s first snowfall.